What Is the SEER Index Score and How Is It Calculated?

Having a numerical indicator of energy efficiency is useful when purchasing any piece of equipment. For example, we look at the gas mileage value when comparing vehicles, since a higher MPG results in fuel savings. The SEER or Seasonal Energy Efficiency Ratio is the metric used to describe unitary air conditioners, as well as air-source heat pumps operating in cooling mode.

The SEER is very useful when comparing cooling equipment, since it provides a clear indication of the efficiency you can expect. In this article, we will provide an overview of how the SEER value is determined and how it translates into electricity consumption. For a given cooling load in BTU/hour or tons of refrigeration, the air conditioner or heat pump with the highest SEER will have the lowest electricity consumption.

Space cooling equipment with a higher SEER not only reduces your electricity bills. You can also qualify for incentives such as the new energy efficiency tax credits and rebatesintroduced by the Inflation Reduction Act in August 2022.

How Do HVAC Manufacturers Calculate the SEER Value? 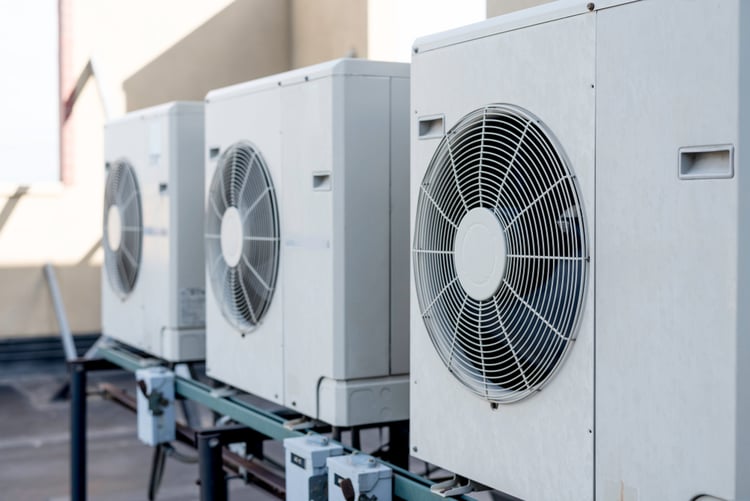 Traditionally, the performance of heating and cooling equipment has been described with the Coefficient of Performance (COP) or the Energy Efficiency Ratio (EER). Both metrics describe energy efficiency, but using different units.

The COP is the ratio of cooling output and electric power input, when both values ​​are measured in the same unit (typically watts or kilowatts). For example, an air conditioning system that delivers 3,200 W of cooling for every 1,000 W of electric power has a COP of 3.2.

The EER is also a ratio of cooling output and electric power input, but the output is measured in BTU/hour and the input is measured in watts. For example, an air conditioner that delivers 12,000 BTU/hour when consuming 1,000 W has an EER of 12. You can convert a COP value into an EER value if you multiply the COP by 3.412.

Although the COP and EER are useful, they have a major limitation: they don’t describe the efficiency of cooling equipment under the wide range of temperatures you can expect during summer. For this reason, the Air Conditioning, Heating and Refrigeration Institute (AHRI) developed the Seasonal Energy Efficiency Ratio (SEER)which describes average performance during the cooling season.

What Is the Minimum SEER for Air Conditioners in the US? 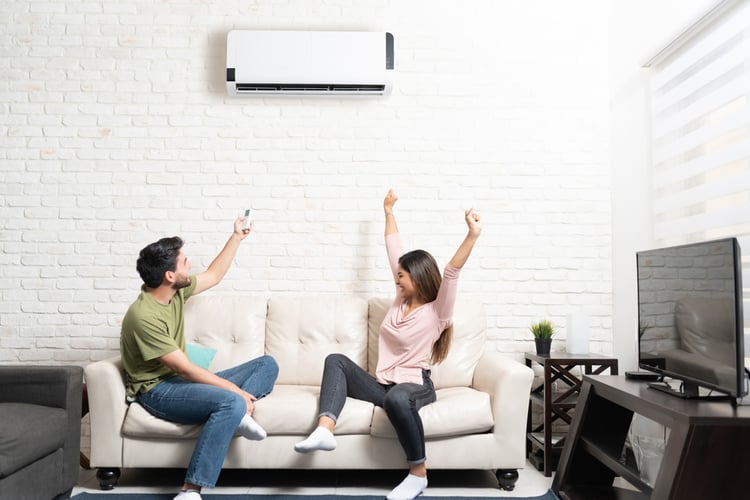 A professional energy modelling service is recommended if you want an accurate calculation of heating and cooling costs in your building. However, you can estimate the savings of an air conditioning upgrade based on the SEER rating of your current units and the upgrades being considered.

If these air conditioners are replaced with SEER 25 units, the average power consumption of each unit decreases to only 960 watts. The energy consumption per unit drops to 240 kWh, equivalent to $48. In total, all 30 units would be consuming around 7,200 kWh at a cost of $1,440 per month.

In this simplified example, the upgrade from SEER 13 to SEER 25 air conditioners saves over 6,600 kWh per month, equivalent to more than $1,300 in monthly bills (assuming 30 AC units).

After a year-long dip, client spending energy can be again in 2023