That is the primary BMW iX Police Automotive on this planet

BMW Switzerland delivered today the world’s first BMW ix Police Car. The electric crossover was specially converted for police use. In addition to the vehicle decals, designed according to police specifications, the BMW iX Police Cars include a roof beam system with a lightning module on the exterior. A stop signal matrix provides traffic information such as “STOP, POLICE”, “ACCIDENT” or “PLEASE FOLLOW”.

Decked out for police use

The extensive warning lights on the exterior also include blue front flashers, two yellow flashing lights in the tailgate, crossing flashers in the bumper to warn cross traffic, and flashers in the exterior mirrors. In the cockpit, the instrument panel has been expanded to include numerous functions. It also features an additional monitor for the camera system and a Polycom police radio control system.

When developing and producing the special vehicles for the Swiss police, BMW Group used their 70 years of extensive expertise and experience in this field. The experience of police officers, firefighters and emergency doctors always flows into the development process. BMW says that the emergency vehicles are designed for maximum performance, functionality, quality and durability.

There were no changes in the drive train. The BMW iX xDrive50 is the model of choice, making 523 horsepower and a maximum system torque of 630 Nm. The BMW iX accelerates from 0 to 100 km/h in 4.6 seconds. The high-voltage battery, which is located deep in the underbody, lowers the vehicle’s center of gravity and, together with the balanced axle load distribution, promotes agile driving behavior in the event of a blue light being deployed. 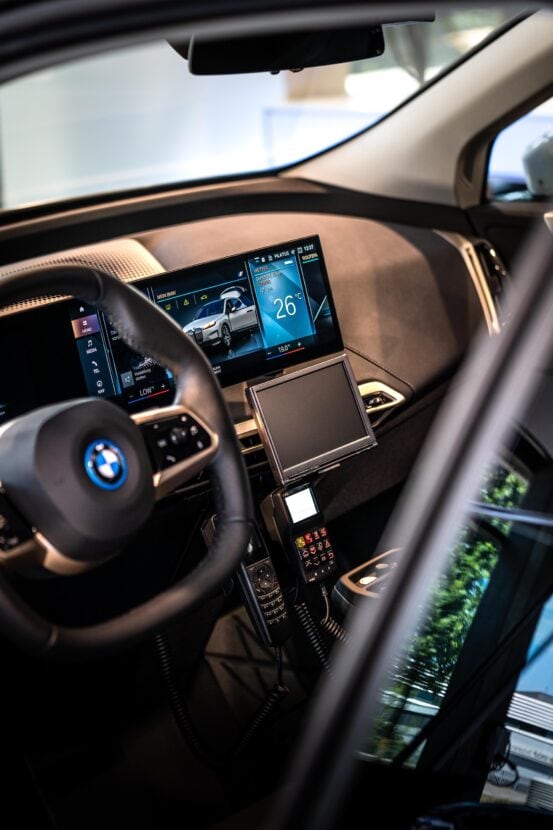 This is not the first time BMW is using electric cars as emergency vehicles. Several Swiss police departments used the i3 as a patrol car, and of course, we’ve seen the i3 police cars in Germany as well. With new BMW electric cars on the horizon, we certainly expect more emergency departments to acquire a fleet of sustainable and emission-free cars. [Photos: BMW Swiss]