Nokian may not be a go-to for enthusiast tires, but Finland knows a thing or two about snow. It should go without saying that when Nokian announced a new line of SUV tires with the coveted three-peak snow symbol on the sideway, I was intrigued.

I swapped my current tires (OEM Bridgestone Duelers from a later Wrangler) onto the Jeep a few years ago to replace the base-model rubber, which was perfectly adequate for daily driving and excellent for fuel economy, but neither is of much value to my Normal Wrangler use case. The Duelers are tolerable enough for long drives and don’t make a tone of noise, so they suited me just fine until the first time I drove the Wrangler in a measurable amount of snow.

The first time that happened, I was still living in Cleveland. While many outsiders think of Ohio as a flat plain full of cows and aggressively preachy billboards, the eastern half of the state is actually quite hilly — much more so than Detroit. Anything more than an inch or two of snow pretty much mandated a shift into four-wheel drive if I wanted to get anywhere, and that was just the acceleration side of the equation. braking? yikes 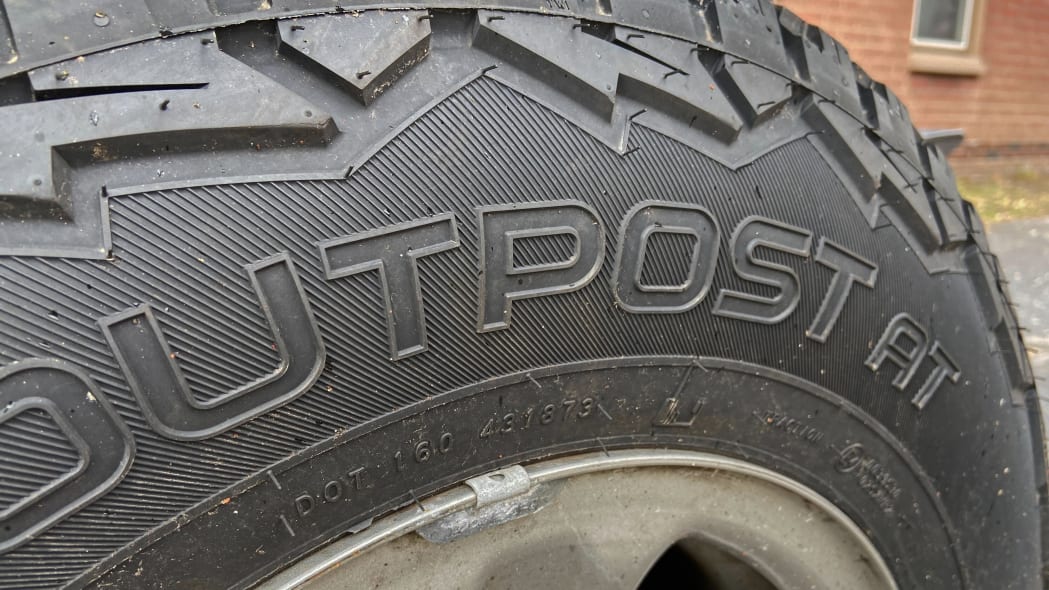 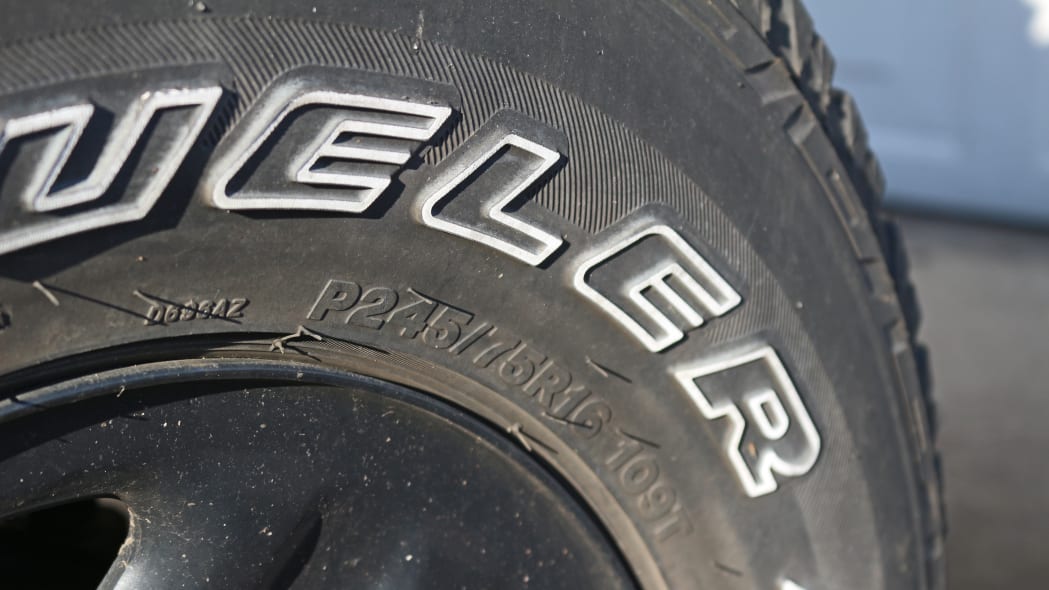 And while getting around in powder is a lot easier here in southeast Michigan, the roads are often in far worse shape, forcing me to rely on 4WD pretty much any time the weather goes south. While that’s acceptable as an occasional crutch, I knew it meant I should look into dedicated winter rubber. Naturally, when Nokian offered us a set of genuine all-terrain snow tires to test out, I immediately raised my hand, and Nokian happily sent me a set of five (because Wrangler) Outpost ATs to try on for the season.

The Outpost AT borrows a few tricks from the standard all-terrain playbook. Big, chunky tread blocks help bite on uneven surfaces and an aramid (think Kevlar) reinforcing layer protects against punctures. But despite this heavy off-road focus, Nokian took care to ensure that the Outpost AT wasn’t completely unbearable on the street. A semi-detached block design helps prevent tread squirm, which can make steering feedback and response feel vague.

If you’ve ever driven (or been near) a truck riding on aggressive all-terrain tires, you know exactly how noisy they can be. Nokian’s tread design helps cancel out some of the most intrusive noises, and we’re pleased to say that our experience on the road backs up what Nokian’s engineers told us. In fact, they’re quieter than the standard all-season type A/Ts I normally have on my Jeep. I went with a slightly narrower tire than what I normally run (215mm vs. 245). That’s the rule of thumb when selecting snow tires because the narrower section width allows the tire to more easily bite down through the snow to something grippier. They’re the same height as the stock 16-inch wheels for a Wrangler Sport of my Jeep’s vintage, which makes them a perfect fit. 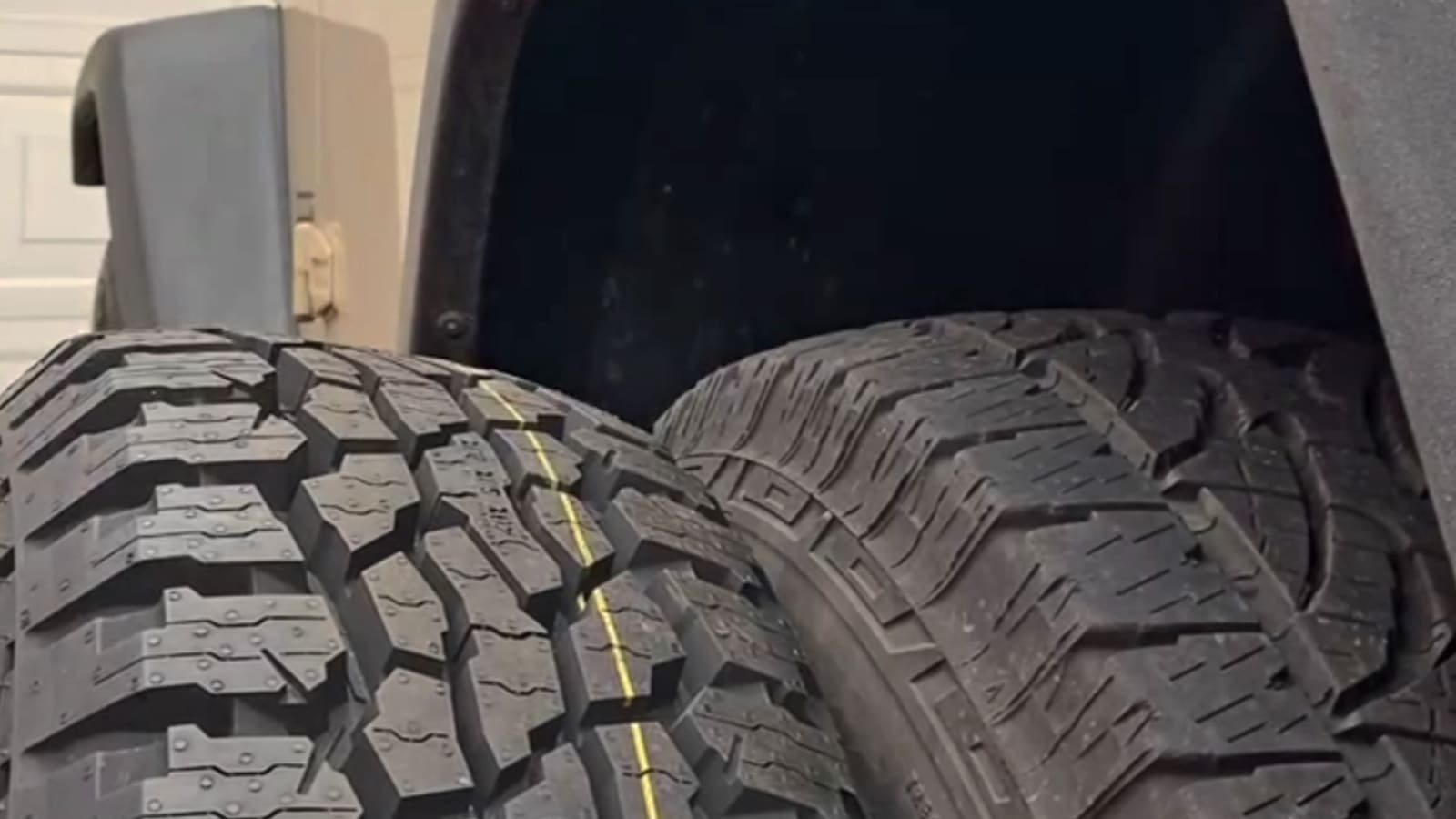 Street performance tires these are not, but they don’t make the already-slightly-rough-and-tumble experience of dailying a Jeep any worse, which is maybe the nicest thing one can say about a Wrangler mod, especially since mine is a two-door, soft-top model from 2011 with all the sound deadening of a soda can. No, it really doesn’t take much to impress a Wrangler driver, but that doesn’t mean we don’t appreciate a little relief now and again.

I’ve had the Outpost ATs on the Wrangler since early January, meaning I’ve had no shortage of opportunities to play in the snow, and these tires have made them almost completely uneventful. The most noteworthy so far was the slushy mess that fell on the metro area in late February, making for a particularly nasty pre-dawn drive to GM’s Tech Center in Warren, where most of the surrounding roads hadn’t been plowed. Almost all of this was negotiable in 2WD with the Wrangler’s traction control shut off to allow for a little bit of wheelspin from a dead stop — or perhaps some rooster tails in the corners.

So far, the Outpost AT is proving to be a significant upgrade over the stock all-season rubber, but snow performance is only half the equation here. After all, what good is an all-terrain tire if it only excels on asphalt? While we’re probably no more than six weeks away from the end of winter tire season here in Michigan, I plan to get in at least one more decent trail drive before the temperatures turn hostile to cold-weather compounds. Stay tuned for that.

The way to Comply With Native Regulation 97 on Time

BMW M3 F80 Vs Challenger Hellcat Drag Race: Energy Is not Every part