Last week, British racing legend Patrick “Paddy” Hopkirk MBE passed away peacefully in his sleep. Born in Belfast, Ireland in 1933, Hopkirk began his racing career in the 1950s. Ever since, he’s been a beloved member of the motorsport community and one of his most famous accomplishments was winning the 1964 Monte Carlo rally in a Mini Cooper S.

Hopkirk first raced in the Monte Carlo rally in 1962, driving a Sunbeam Rapier. It wasn’t until the following year that he raced a Mini but he came in sixth. But in 1964, Hopkirk shocked the world when he beat Swedish driver Bo Ljungfeldt, who was driving the far more powerful Ford Falcon. He instantly became the most famous rally driver in the UK. During an interview with MINI a couple of years ago, Hopkirk reminisced about his iconic win in Monte Carlo. 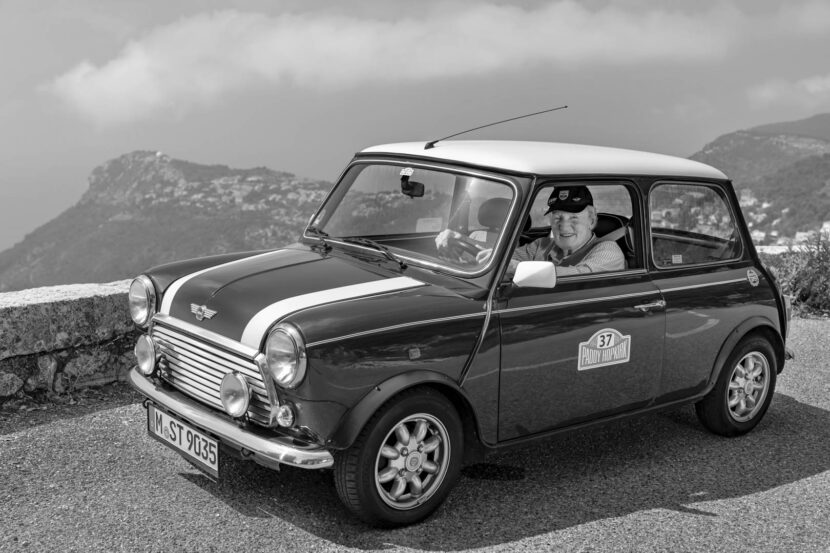 “Everybody wanted to win the Monte Carlo Rally, it was a very glamorous event, so when I joined the British Motor Corporation and the Mini came along it surprised the world. It became a David and Goliath with the might of the other car manufacturers spending a fortune to try and win the event. We were beaten by the big American cars down the straights, but we would beat them on the twisty bits! For the Mini to win against really powerful cars, showed just how good it was – it made the car famous.” he said.

Paddy Hopkirk was more than just a damn good racing driver, though. He was a successful business man and a hard working philanthropist. Hopkirk worked closely with Wheelpower, an organization that helps people in wheelchair sports and was even awarded an MBE from the British government for his charitable work. He was a husband, a father, and grandfather. He’s survived by his wife, three children, and six grandchildren.