The collaboration between BMW and KITH is stronger than ever and has now expanded to electric vehicles. It follows the M4 Competition x KITH special edition and a full restoration of an M3 E30 belonging to Ronnie Fieg, the American retail fashion brand’s owner and avid BMW enthusiast. As a refresher, the BMW M4 Competition X KITH was an instant success as the 150 cars planned for production were sold in a matter of minutes. It’s unclear how many vehicles will be produced this time around.

The new project does away with combustion engines since it’s based on the i4 M50. It’s not your typical product launch since KITH organized an extended trip through several countries with 16 close friends and members of the family, among them Super Bowl winner, Victor Cruz. They had the opportunity to ride inside the first M Performance electric car, featuring a white body adorned with a bespoke KITH monogram pattern. The starting point was at BMW Classic to see some of Bavaria’s greatest hits before heading to BMW Welt to take delivery of no fewer than eight cars.

The group then hit the road by traveling from Munich through Switzerland and into France. There’s one car different than all the others as the tie-up also involved a full restoration of a 1602 purchased by Ronnie Fieg. Much like BMW built a couple of electric-powered prototypes for the 1972 Olympic Games to serve as support cars, KITH’s founder had his vehicle converted to electric propulsion. Not only that, it was finished in a green shade that will never be used again. 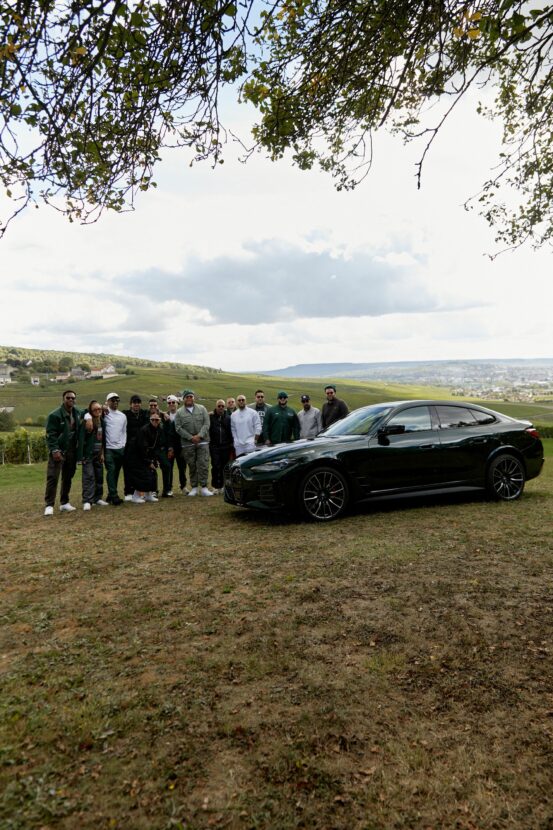 Seeing the one-off 1602 Elektro Vitaly Green and the i4 M50 fleet is like a bridge through time, from the original EV to the latest zero-emissions offerings. To strengthen the connection between past and present, an electric Gran Coupe was painted to match his ancestor. With 2022 representing the year BMW celebrates 50 years of M, the eight white cars received the anniversary roundel carrying the three famous colors.

The trip wasn’t all about cars as it also served as a marketing opportunity to preview new KITH products, including a leather bag, a green varsity jacket, and a work shirt. The full collection will be revealed tomorrow at an exclusive event at KITH Paris store.

2023 Mercedes-Benz EQS SUV First Drive: Higher as a result of it is larger?