Mazda put the 626 (known as the Capella back home in Hiroshima) on a new front-wheel-drive platform for the 1983 model year, then applied a major update for 1988. The US-market 626 became available only as a sedan that year , while the coupe version got a slick-looking body and a new name: MX-6. Today’s Junkyard Gem is one of those first-year MX-6s, found in a Denver self-service yard not long ago.

Under the skin, this car was mechanically identical to both the 626 sedan and the Ford Probe (also introduced for the 1988 model year). Ford’s original plan was to make the Mazda-derived coupe the new Mustang, but the heresy of a front-wheel-drive Mustang caused such outcry that the probe became a separate model. The 626 became the Mazda6 early in the 21st century, so this car has present-day descendants in Mazda showrooms right now. 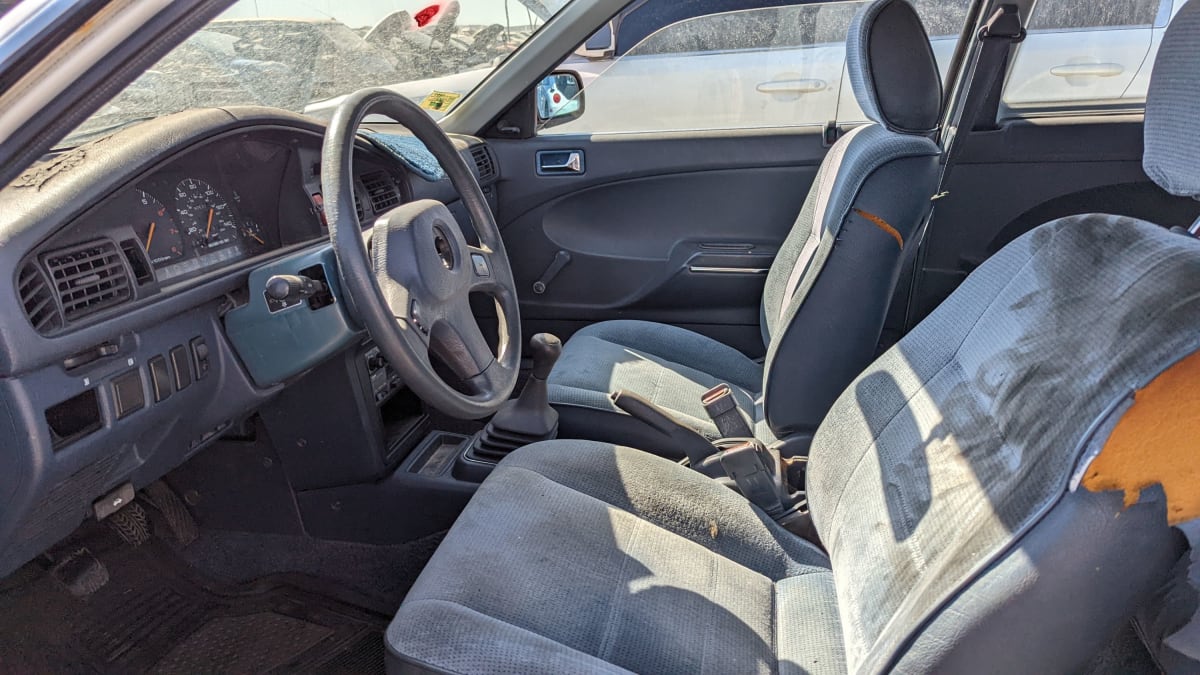 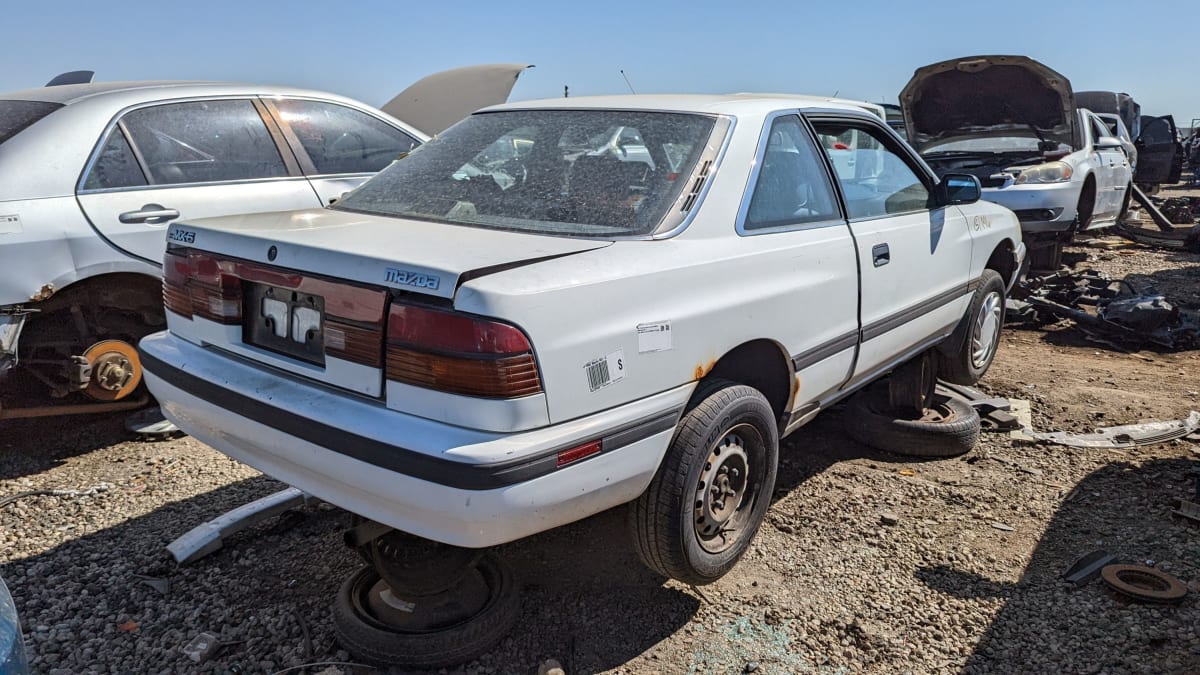 Meanwhile, Toyota didn’t even offer a two-door Camry (that came later on, briefly), and Honda’s closest rival to the 1988 MX-6 was the $13,495 Prelude. Isuzu offered the Impulse coupe starting at $13,629, Nissan had the 200SX notchback for $11,899, and Subaru would sell you a futuristic XT6 coupe for $15,030. Sadly, Mitsubishi only offered the Cordia as a hatchback and the Tredia as a sedan. Clearly, the MX-6 was a good deal for what you got. 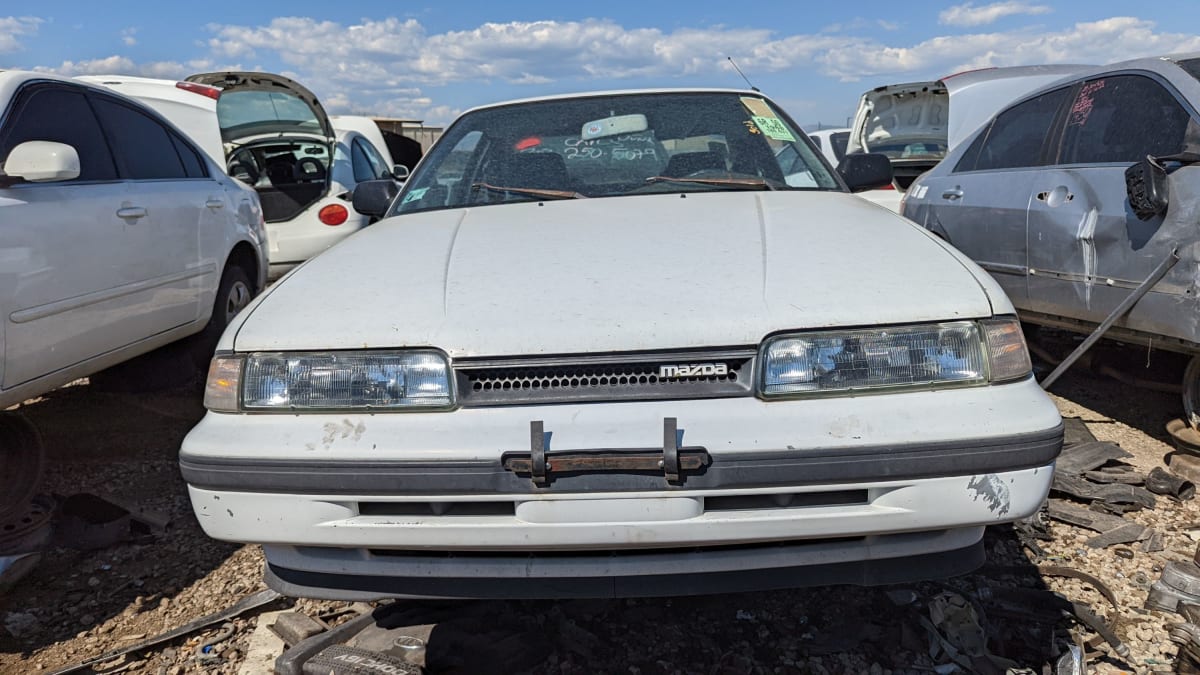 The Probe gave you all the same mechanicals and looked cooler, though, and its price tag started at $10,459 — 140 bucks cheaper than the MX-6. 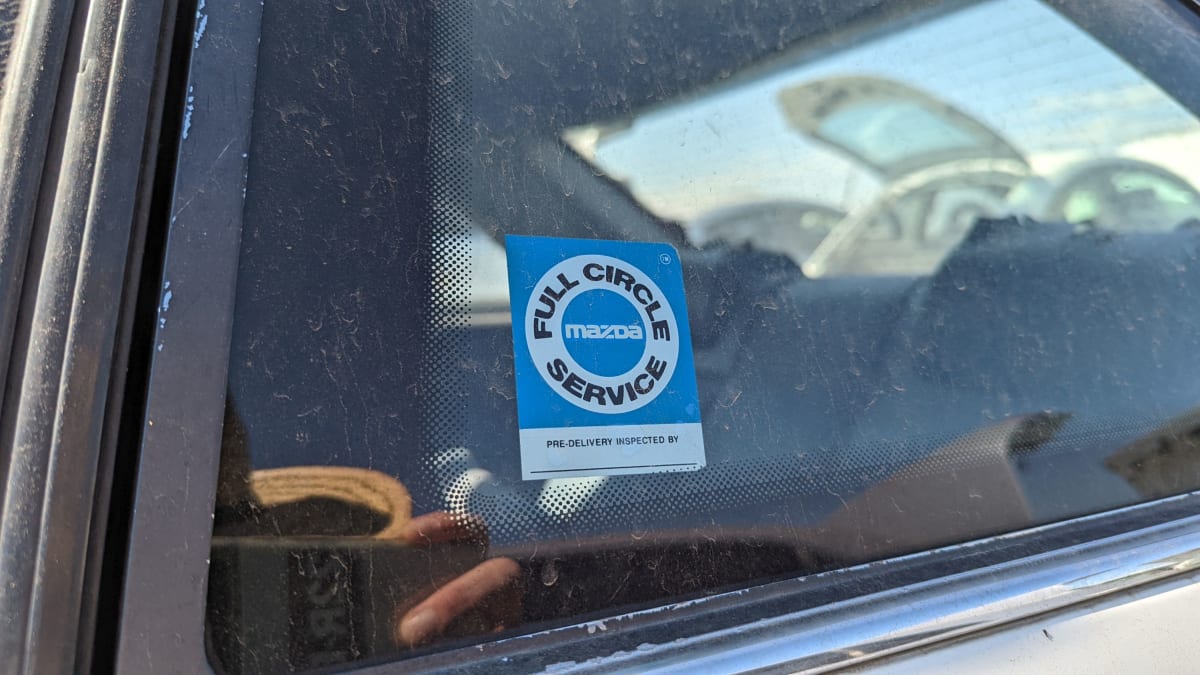 Both the MX-6 and the Probe were built in Michigan, at the then-new Flat Rock Assembly Plant. 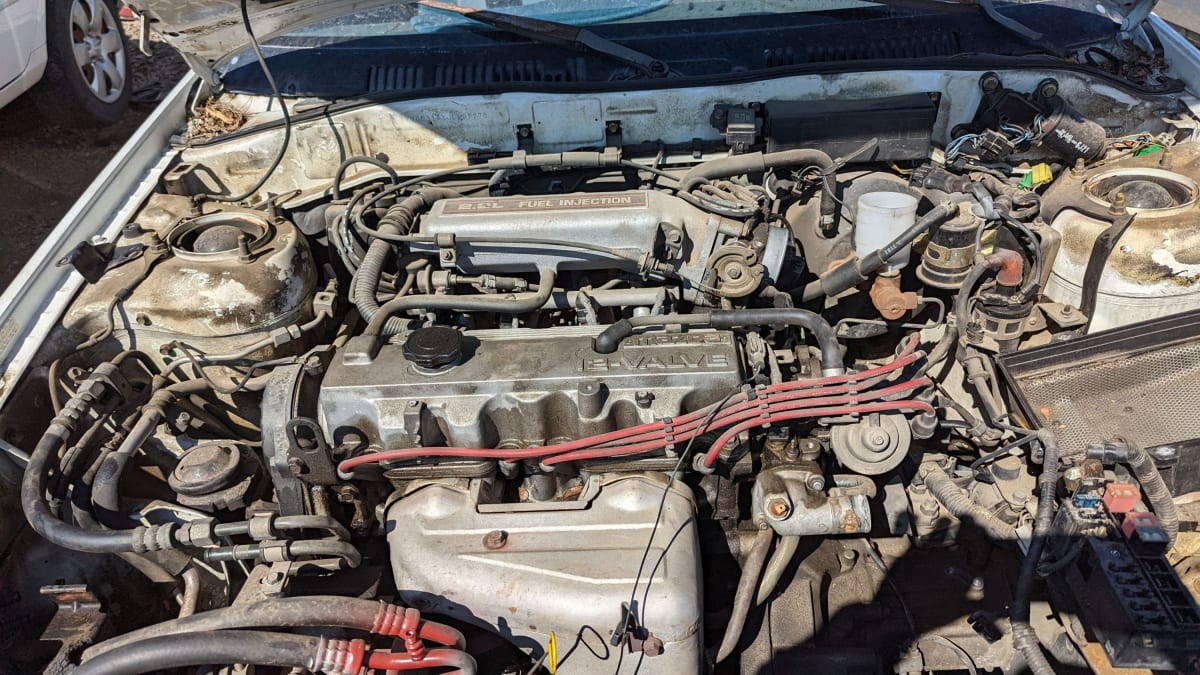 The engine in the cheapo MX-6 DX and equally affordable Probe GL was this 110-horsepower, 2.2-liter straight-four. The turbocharged version made 145 horses. 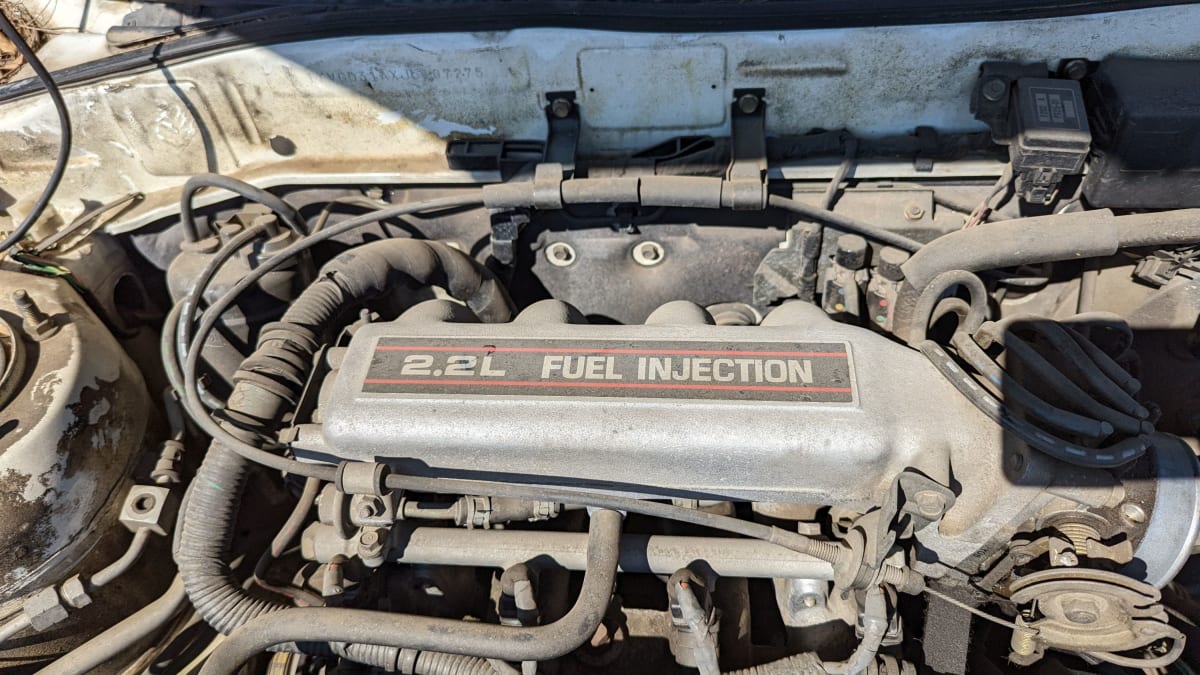 The second-generation MX-6/Probe, released for the 1993 model year, got an optional 2.5-liter V6 engine. 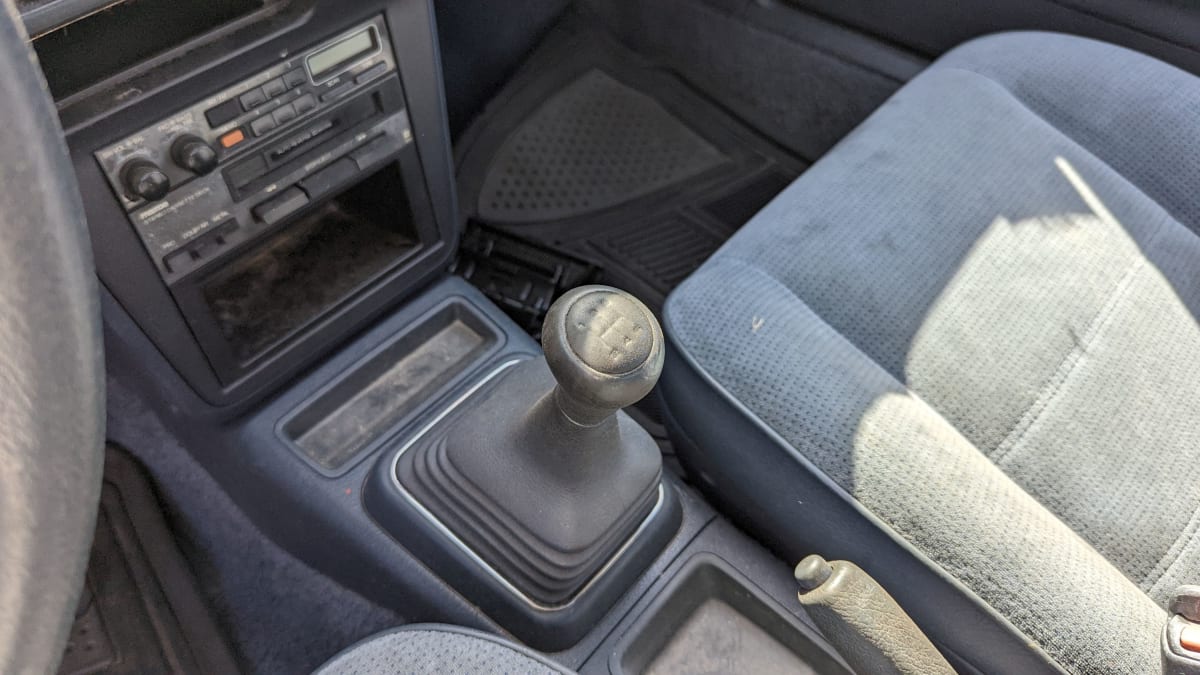 The base transmission in 1988 was a five-speed manual, with the optional automatic costing 720 additional frogskins (about $1,845 today). Anyone willing to spend the extra money for a two-pedal rig probably would have opted for the higher-zoot LX or GT versions. 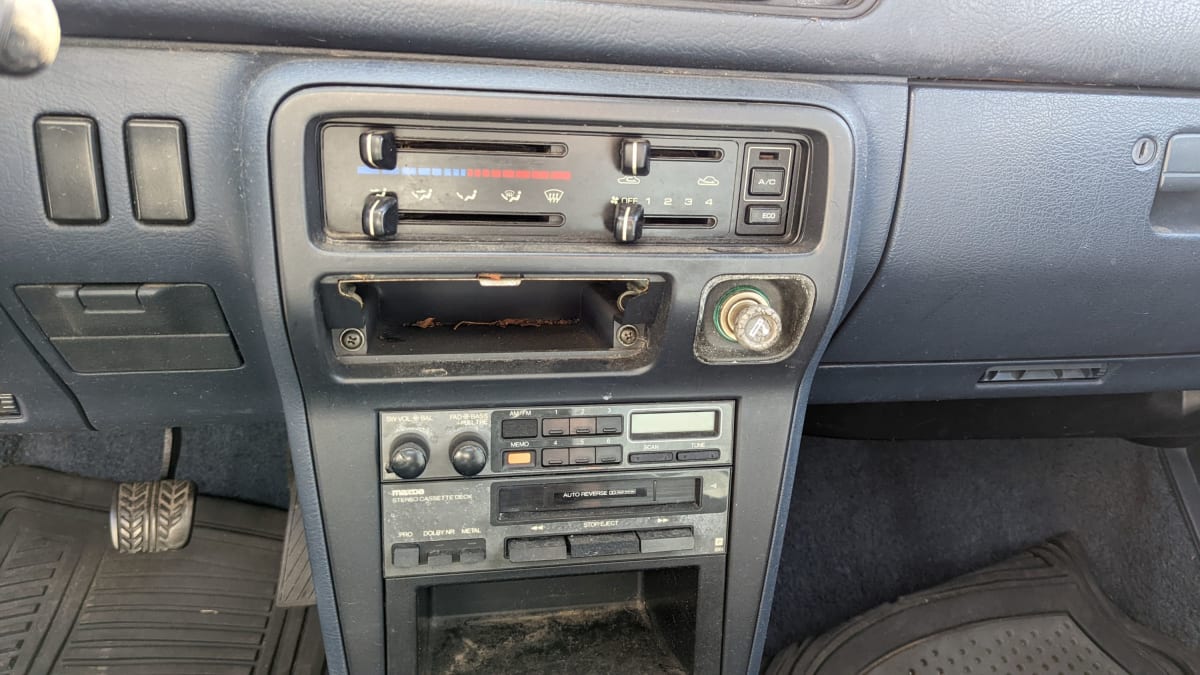 It does have both air conditioning and AM/FM/cassette radio, which added $795 and $415, respectively, to the bottom line ($2,035 and $1,060 after inflation). Yes, that stereo was pricey and at risk of theft, but you needed it to experience the excellent music of the day in all its glory. 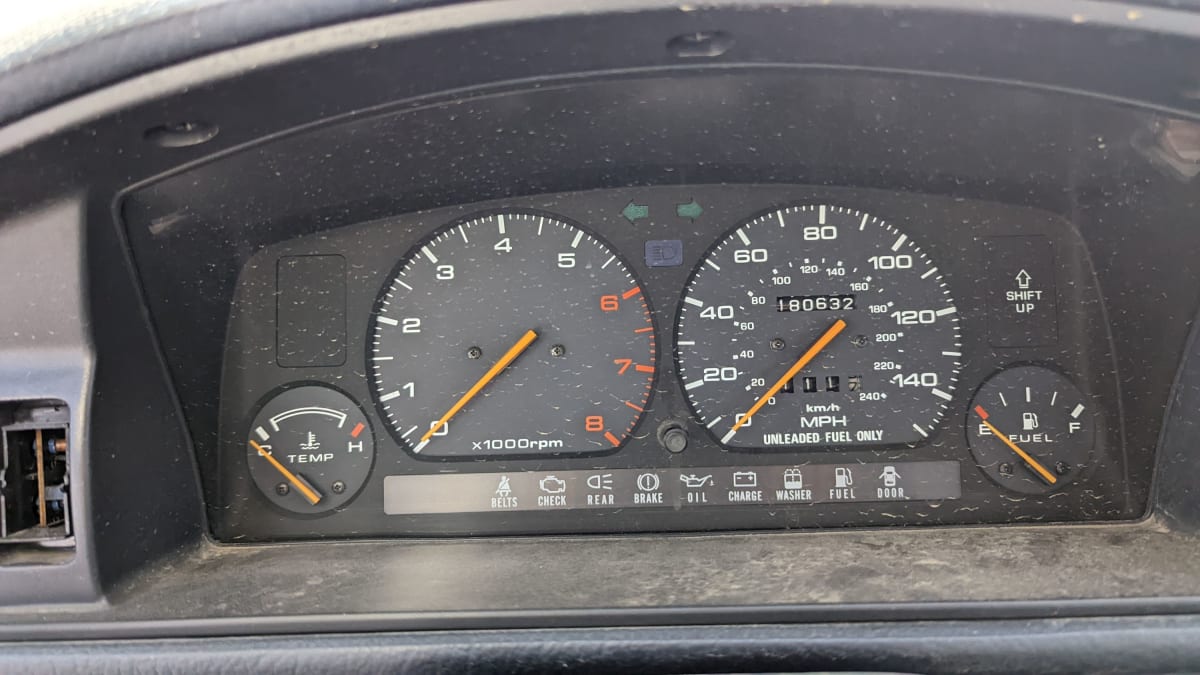 With 180,632 miles showing, it didn’t quite reach Accord-grade final-odometer numbers. Still, it got close enough to 200,000 for respectability. 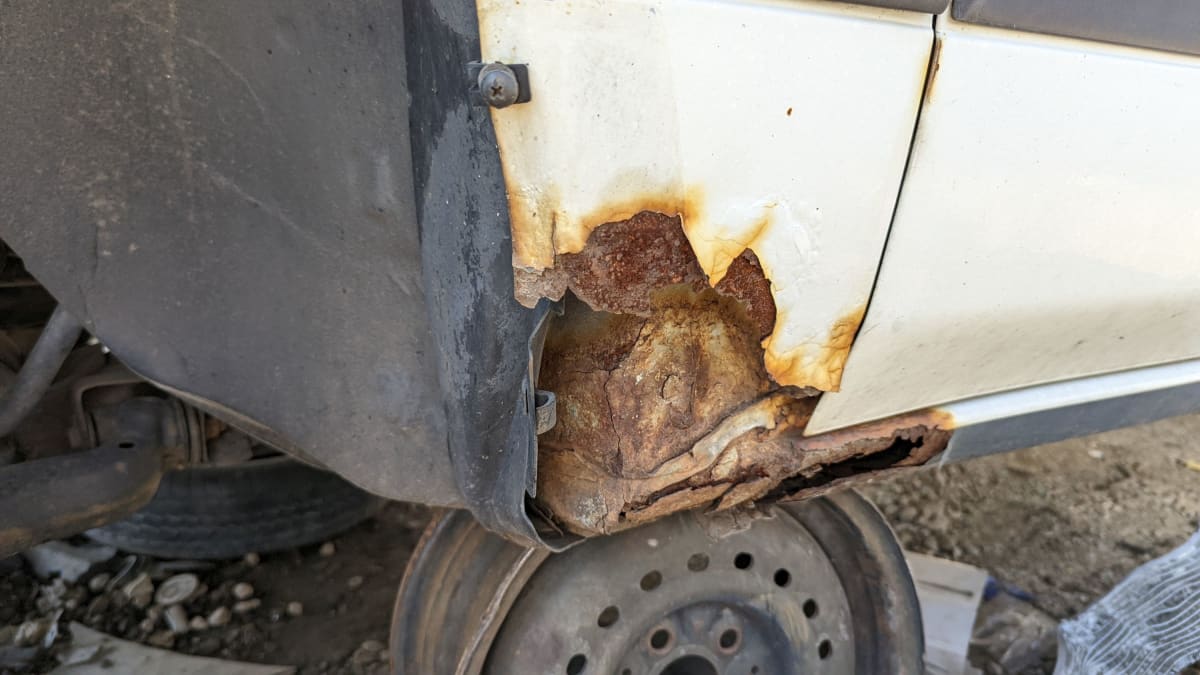 The interior looks clean and the body is relatively undented, but the rust got pretty nasty and I’m sure that’s why this car ended up here.

In Japan, this car was known as the Capella C2, and it had four-wheel steering. US-market MX-6s got 4WS as an option starting in 1989.