If you like affordable, mid-engined two-seaters, the 1980s were your decade. Fiat (and, a bit later, Bertone) offered the X1/9, Toyota sold MR2s, and even General Motors got into the act by creating the Fiero. Available from the 1984 through 1988 model years, the Pontiac Fiero showed plenty of promise but ended up being mostly disappointing, in some ways echoing the career of the Chevy Corvair of a couple of decades earlier. Today’s Junkyard Gem is a once-spiffy 1986 Fiero GT, found in a self-service yard near Denver, Colorado.

After a long and painful development period stretching all the way back to John DeLorean’s XP-833 Banshee (which ended up being a major influence behind the original Opel GT), the Fiero finally debuted in 1983 as a 1984 model. The top-of-the-model-range GT appeared the following year. 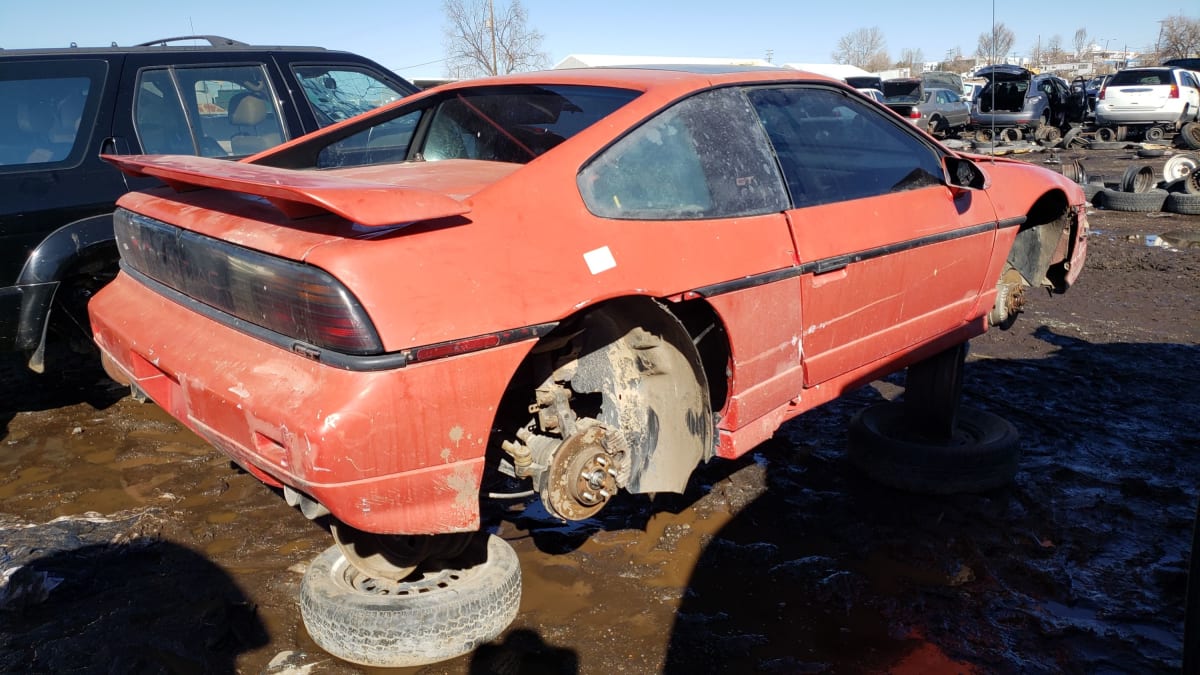 The Fiero was built as a notchback coupe and as a fastback, with all the GTs being the latter type. 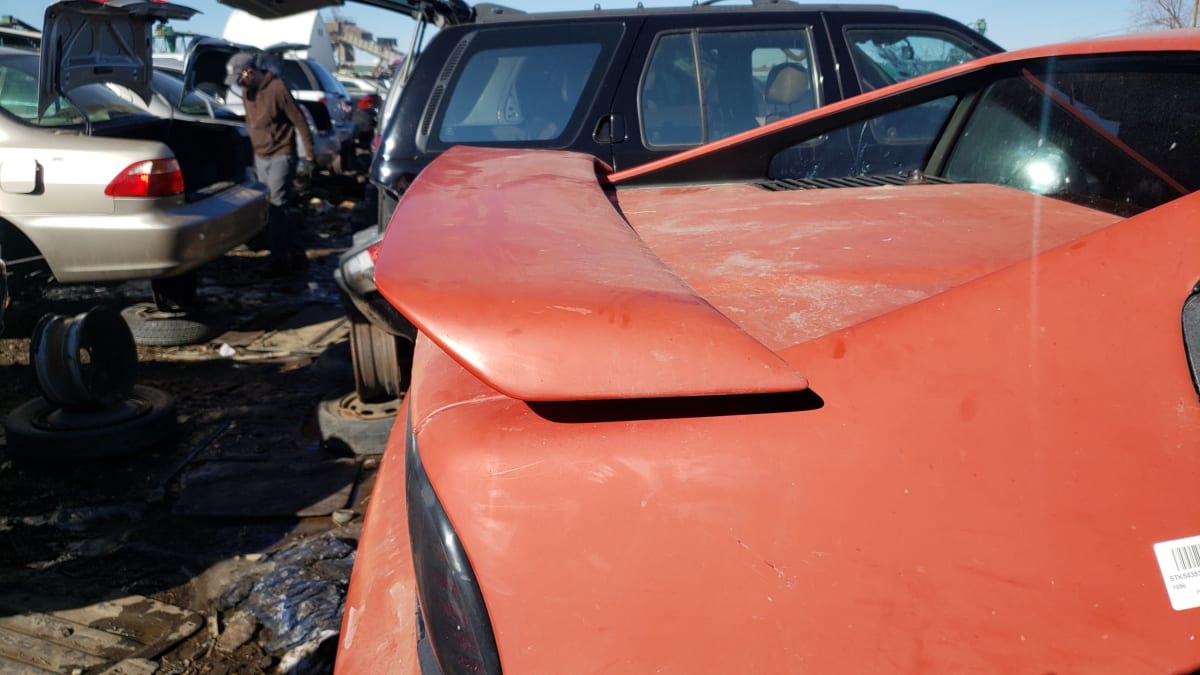 I couldn’t get the engine lid open, but this car would have left the assembly line (in Pontiac, Michigan) with a 2.8-liter V6 rated at 140 horsepower. 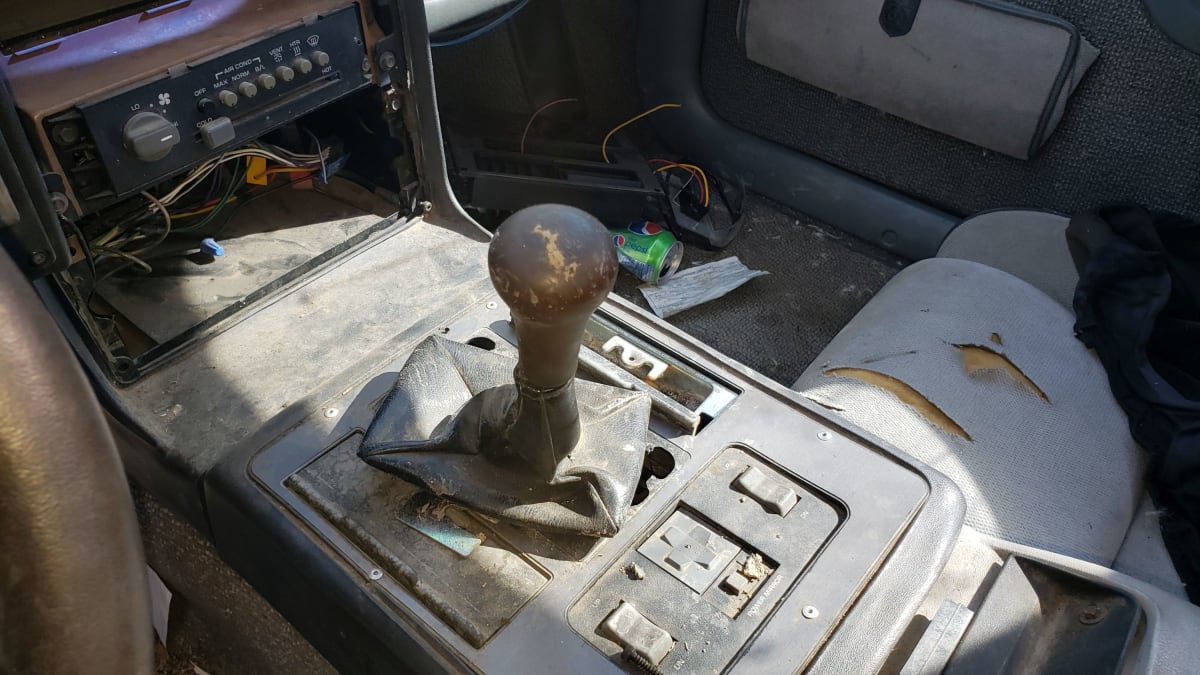 This car has a five-speed manual transmission, making it a credible rival for Toyota’s MR2. 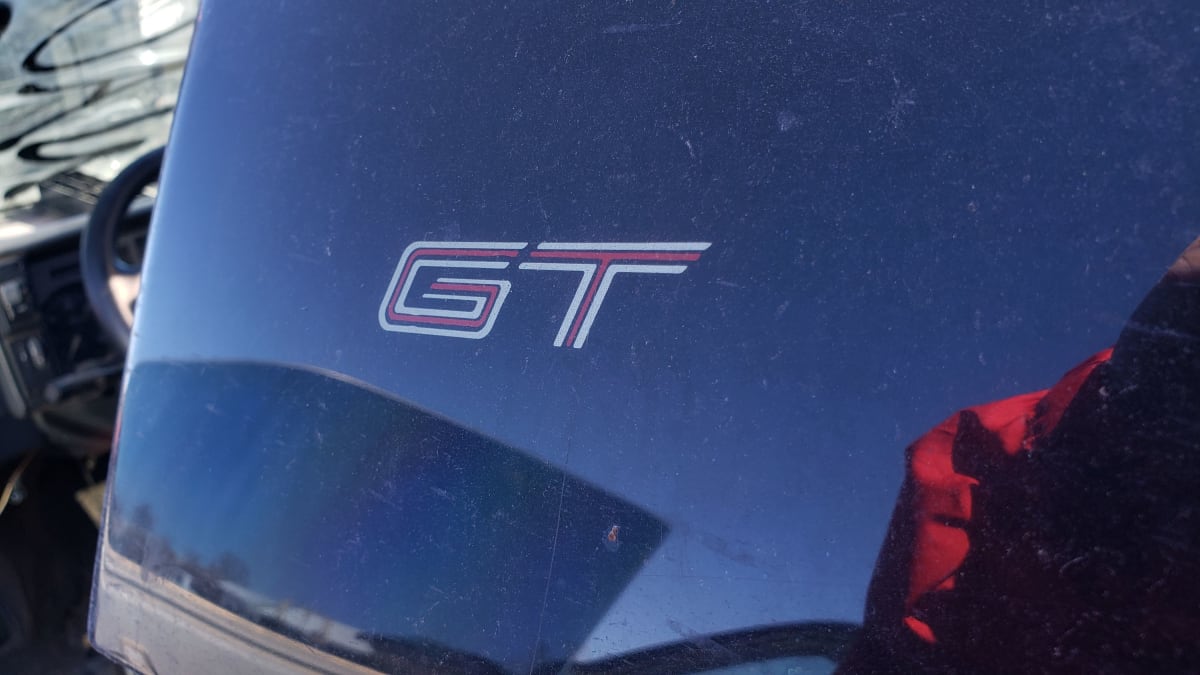 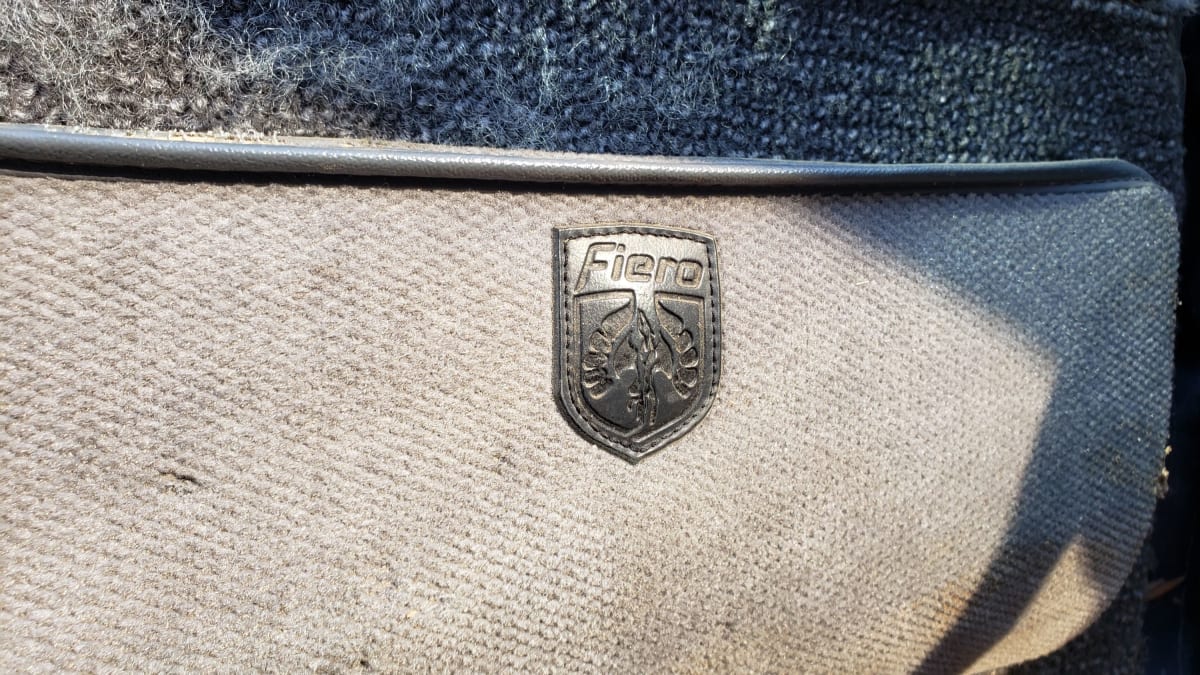 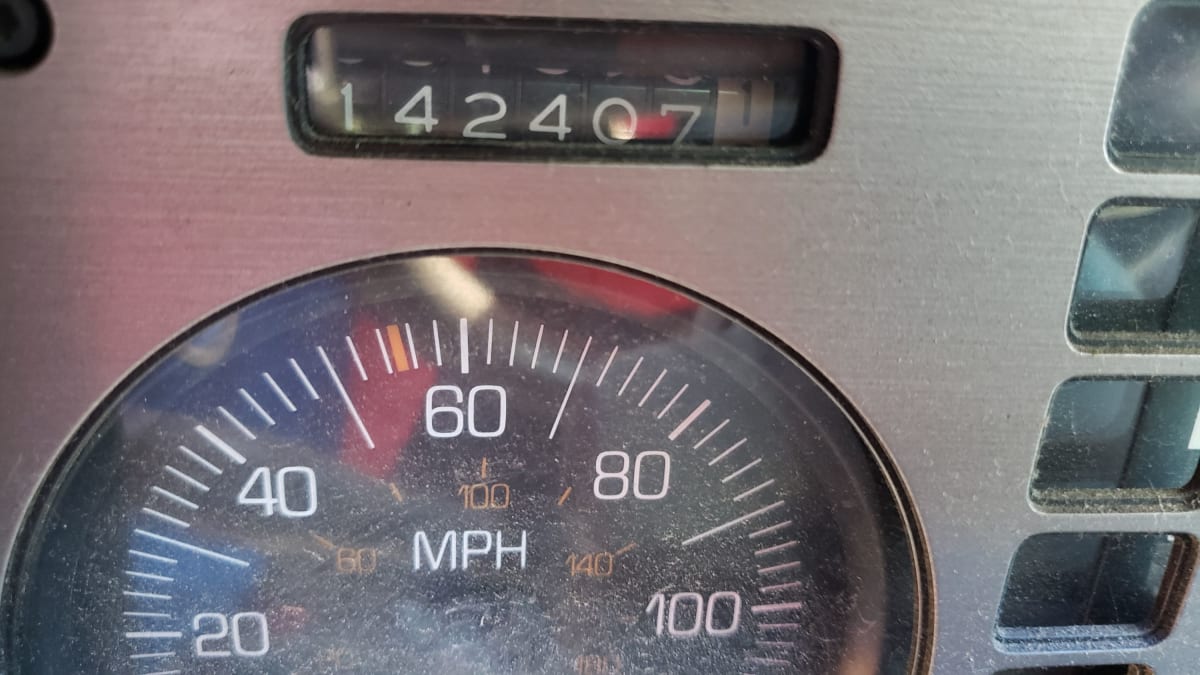 GM still was using five-digit odometers in many vehicles by the middle 1980s, but this Fiero has a six-digit unit and thus we can see that it achieved nearly 150,000 miles during its driving career. 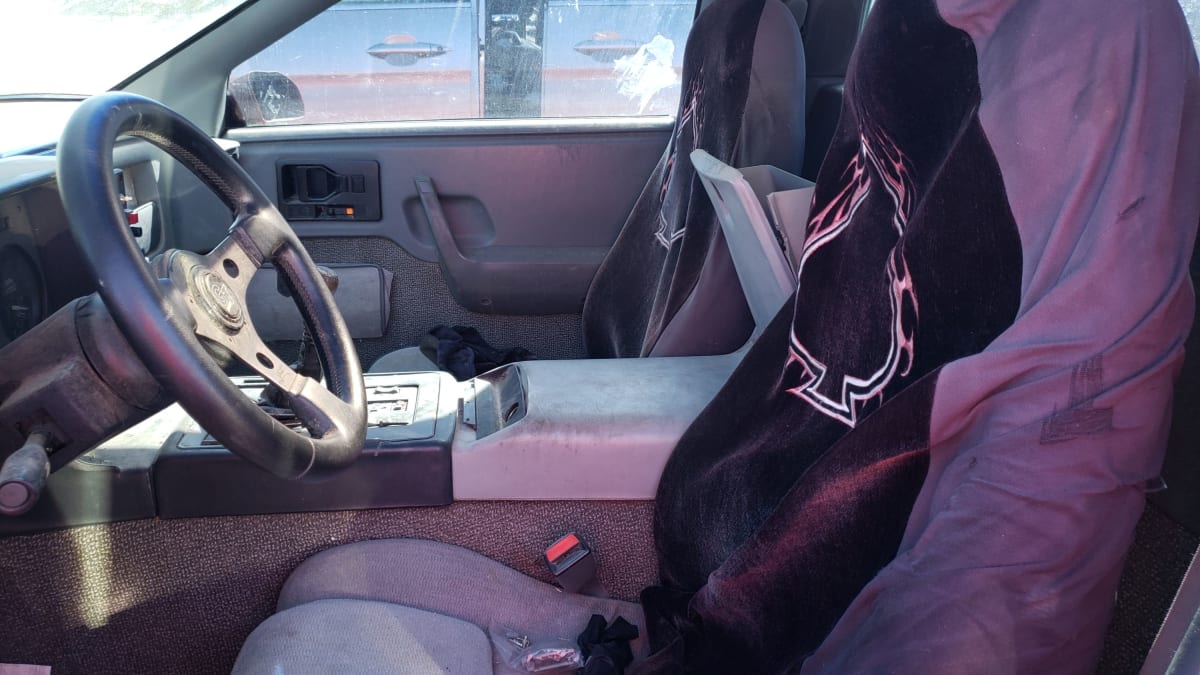 The 1984-1987 Fiero suffered from a parts-bin suspension design, with the front suspension borrowed from the Chevrolet Chevette and the entire rear transaxle/suspension assembly lifted from the front end of the Chevrolet Citation. For the 1988 model year, GM finally spent the money to design an improved Fiero-specific suspension… and then promptly put a halt to production. Highly publicized fires and quality-control problems for the 1984-1987 cars had done their damage, and just over 25,000 of those better-handling Fieros were sold. 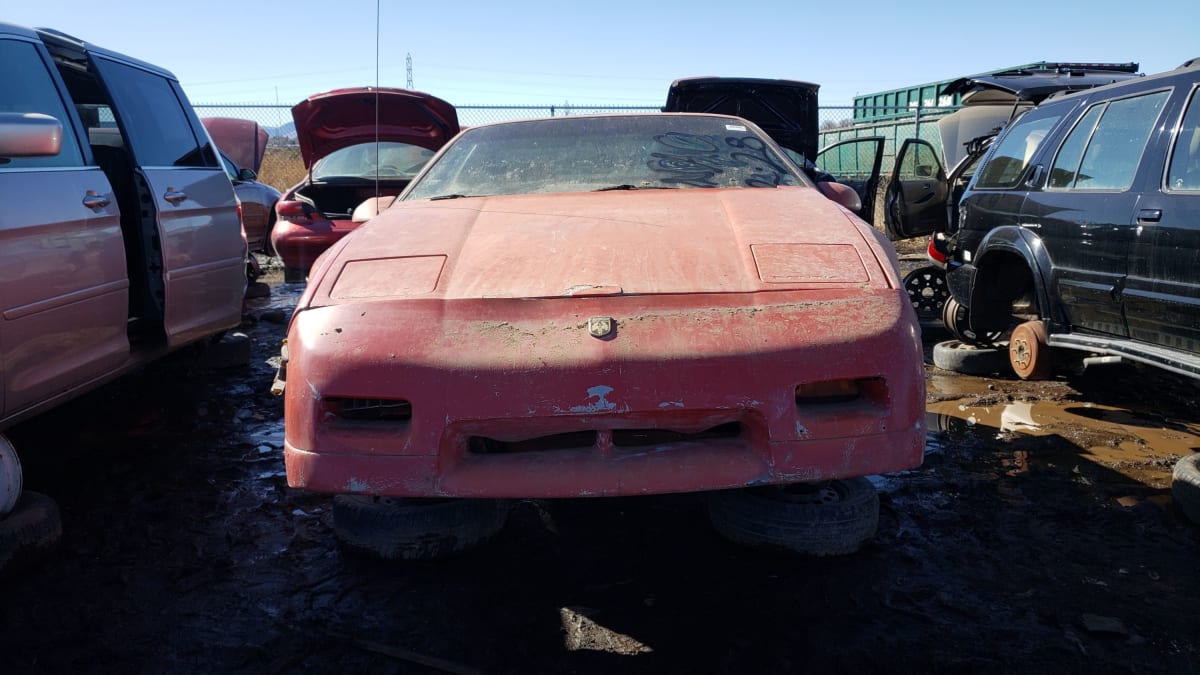 I used to see a lot more of these cars during my junkyard travels, but now my personal junkyard Fiero sightings are down to a couple per year. 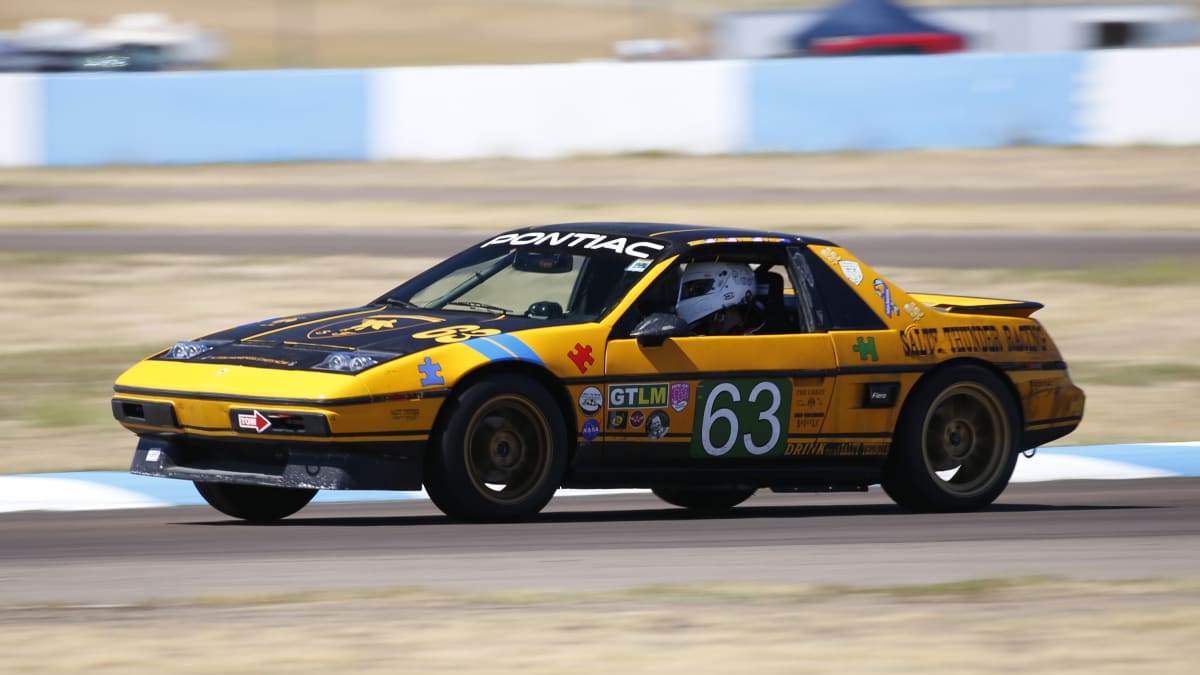 I still see Fieros on race tracks, however, so the Fiero news isn’t all bad!

Here’s in-car video from one of the Salty Thunder Racing Fieros on the High Plains Raceway track.

When hitchhiking home from college, always wait for the Fiero that doesn’t have the Iron Duke four-cylinder.