The new 2023 BMW M340i Facelift is finally here and along with it comes an update color palette. The 3 Series family was already spoiled in terms of color choices. This new facelift makes no exception with nine colors available. The usual suspects are, of course, present: Alpine White, Black Sapphire, Mineral White or Melbourne Red. But if you want something more special, then three shades of gray might do it for you: Skyscraper Grey, Dravit Gray and Brooklyn Grey.

The latter is certainly becoming a fans’ favorite and judging by these image below, we can see why. The light gray paint changes under different light conditions giving the M340i both an elegant and sporty look.

This particular BMW M340i hails from Romania where the local BMW office commissioned a photoshoot to showcase the latest facelift changes. An upgrade on the outside is the Shadowline, which blacks out certain parts of the body. The most obvious component is the blacked out kidney grille which also features a wider honeycombs for the facelift model. Another subtle change brought by the facelift is the switch to M-like side mirrors, painted black as well.

Other upgrades include glossy black-painted side skits, a trunk lid spoiler and a front bumper lip, and a rear “M340i” badge. The Shadowline treatment extends onto the taillights, which have been carried virtually over from the pre-facelift model. This BMW M340i also comes with optional 19-inch M wheels with a two-tone finish and anniversary emblems. Available for all M Sport and M cars produced in 2022, these 50 years of M roundels are also noticeable at the front and rear. A Black Sapphire-painted rear spoiler is also included, along with an M Sport braking system with red calipers. 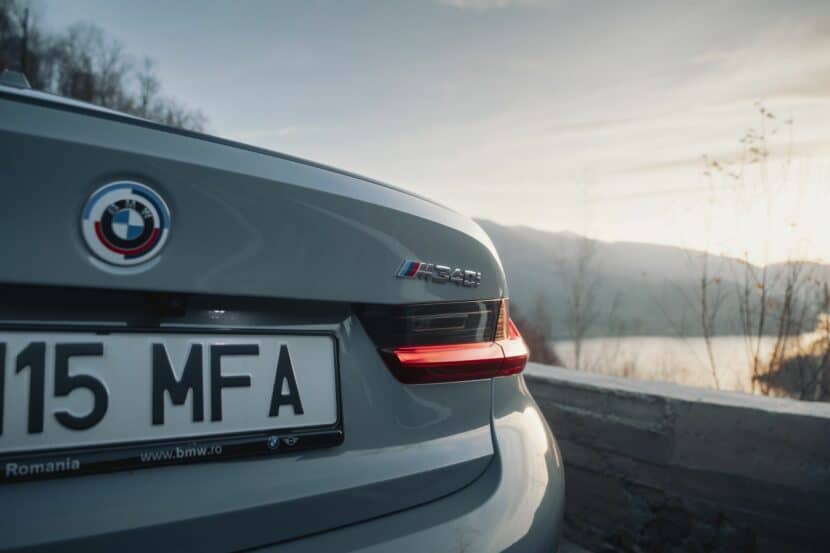 Rounding off the M Sport Package is an updated interior as well which includes an M Sport Steering Wheel and M-specific upholstery. Speaking of the interior, with the facelift, the 2023 BMW 3 Series gets some changes to the cabin as well. For the most part, the 3 Series Facelift gets the same interior as the BMW i4, with the same new iDrive 8 integration, the dual infotainment screen setup, and BMW’s latest digital gauges. Furthermore, BMW has simplified the center console by keeping the switchgear down to a minimum. In addition, a small gear selector is new for 2023.

BMW’s workhorse engine – B58 – so what upgraded. The 2023 BMW M340i features a mild-hybrid technology providing a temporary 11 horsepower boost. The inline-six 3.0-liter unit still generates 374 horsepower and 500 Newton-meters (369 pound-feet) of torque. As for performance, the sedan will do 0 to 62 mph (100 km/h) in 4.4 seconds while the wagon is going to need an extra two-tenths of a second due to its slightly higher curb weight. Both are electronically capped at 155 mph (250 km/h).

Let’s take a look below at a stunning photo gallery of the BMW M340i Facelift.

Drano is Nonetheless Tops at Dealing With Cussed Clogs