During the mid-2000s, before the electric craze, BMW had a bonkers idea – to take the V12 engine of its 760i and make it run on hydrogen. The “world’s first hydrogen-drive luxury
performance automobile for everyday use” was born, but never sold to the public. Instead, just 100 were manufactured and given as loan cars to public figures. The idea behind the Hybrid 7 was to spread awareness about what was touted as being a marvel of engineering.

The massive 6.0-liter engine pushed out only 260 horsepower and 287 lb-ft (390 Nm) of torque to help the BMW Hybrid 7 reach 62 mph (100 km/h) from a standstill in 9.5 seconds en route to an electronically governed top speed of 143 mph (230 km/h). The output numbers were considerably down compared to the gas-only V12 variant, with Jason Fenske from Engineering Explained saying it’s largely due to the port injection. With the 74-liter gasoline and 8-kilogram hydrogen tanks both full, the luxobarge was able to cover more than 425 miles (684 kilometers). 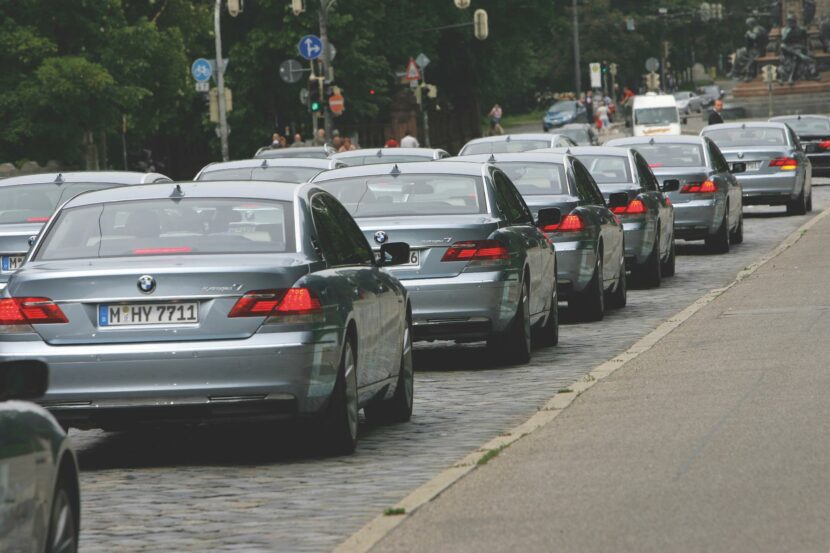 Engineering Explained has released a new video to showcase how the impressively complex engine was modified to run on hydrogen. Back in the day, BMW said the V12’s horsepower and torque numbers remained the same regardless of whether the vehicle was running on gas or hydrogen. A button mounted on the steering wheel allowed the driver to switch between the two fuels. When one was consumed, the system would automatically switch to the other.

Without the driver’s intervention, the control system gave the hydrogen priority. At cruising speeds, the 7 Series was able to travel for up to 125 miles (201 kilometers) running solely on hydrogen. The other 300 miles (483 kilometers) were possible in gasoline mode.

Fast forward to 2022, BMW hasn’t given up on the idea of ​​hydrogen, but with a fuel cell rather than burning in an internal combustion engine. A batch of iX5 prototypes shows the company’s commitment to this technology, which is set to materialize in a production model before the end of the decade. The Munich-based automaker is working with Toyota, which is currently experimenting with hydrogen-burning ICEs.