BMW Was Fined Instantly After Constructing Its Headquarters In 1972, Here is Why

Last month, BMW celebrated the 50th anniversary of its headquarters in Munich where it built the famous “Four-Cylinder” building back in 1972. There’s a lesser-known story about the early days of the BMW Tower as the company immediately incurred a fine of over DM 110,000, which was about $34,500 at that time and roughly $241,000 now adjusted for inflation. The local city planning authority was against the building’s architect Karl Schwartzer’s desire to display the company logo because the “impact would be too striking in nature,” according to BMW. However, the German luxury brand ignored the recommendation and put the oversized roundel anyway.

It had a very good reason to do so – marketing. The 1972 Summer Olympics started on August 26 and BMW wanted to have its logo on top of the building right before the opening ceremony. The emblem mounted on the west side of the building was of particular interest since it was visible from the Olympic Stadium. Officially, the canvas logos were put on the east and west facades for “trial purposes,” but in reality, they were installed as a huge advertisement. 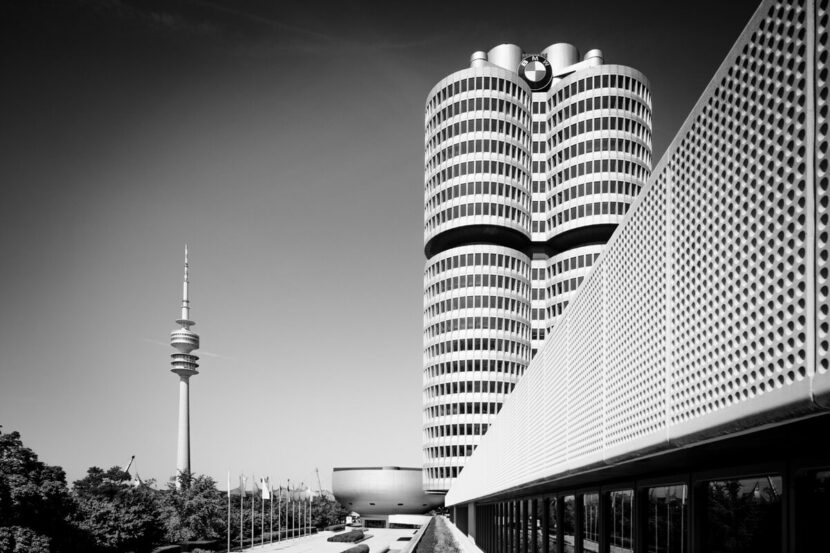 It wasn’t until the fall of 1973 that BMW received the proverbial stamp of approval to put four logos on each side of the building. Chances are the fine was chalked up as marketing success for the company. Interestingly, the automaker first received a warning from the local authorities to take the emblems down, but BMW’s boss at the time, Eberhard von Kuenheim, ignored the order. Days later, the hefty fine arrived in the mailbox.

It’s worth mentioning the building was completed only on the outside as no work had been done to the interior. It wasn’t until early 1973 that the administration started to move in. Of course, the main goal was to have the exterior ready for the Summer Olympics and to have massive BMW logos on display to increase brand awareness during a global sporting event.

The official opening ceremony was held in May 1973.

Advantages of Hiring a Plumber for Minor Plumbing Points