BMW made only 99 examples of the 8 X JEFF KOONS at a cool $350,000 a pop. However, only one of them was signed by the artist himself, thus making it a bit more special. It’s actually the very last M850i ​​Gran Coupe produced for this limited-run variant. The entire batch was completely sold out in three weeks following the official premiere on February 16.

The artist-signed 8 X JEFF KOONS went on to grab $125,000 over MSRP at a Christie’s auction on April 4. All proceeds from the $475,000 sale will be redirected to benefit the International Center for Missing & Exploited Children (ICMEC). Jeff Koons, whose signature adorns the car’s B-pillar, has helped the ICMEC for more than 20 years. 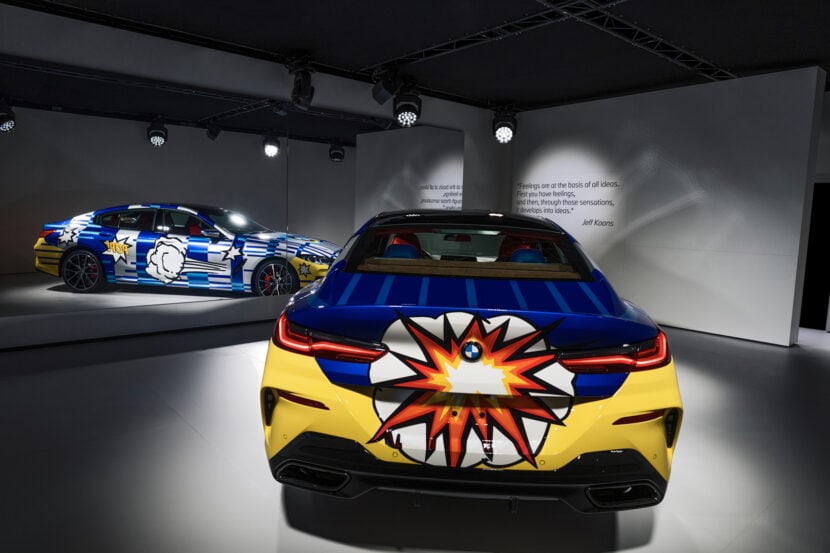 The winning bidder not only had the chance to drive home with the only 8 X JEFF KOONS signed by the man himself but also received an invitation. Indeed, the 67-year-old American artist will take that lucky person on a tour of his Manhattan studio.

As for the car itself, it’s “the most elaborately designed vehicle in all of BMW’s history”. The exterior livery combines no fewer than 11 colors in a process that takes more than 200 hours. All cars come bundled with a large-format certificate signed by Jeff Koons, Oliver Zipse’s signature, and the individual Vehicle Identification Number. Fun fact – the artist also created the owner manual’s dust jacket while the inside of the cupholder panel bears his signature as well.

The one-off 8 X JEFF KOONS was displayed between April 1 and 4 at Rockefeller Plaza. It’s now heading to various art events taking place in Europe, Asia, and the Middle East. One venue it will attend this year is going to be the Goodwood Festival of Speed ​​taking place June 23-26.

This is the latest in a long string of BMW art cars that have been designed since 1975 by many artists. Jeff Koons himself was responsible for the 17th art car, an equally colorful M3 GT2 from 2010.