It was a little over a month ago when BMW unveiled the M Hybrid V8 prototype and now it’s ready to talk about the heart of its Le Mans Daytona hybrid racer. The internal engine has its origins in the P66/1 combustion unit used by the M4 DTM in the 2017 and 2018 seasons. It has gone through major changes by adopting a twin-turbo setup compared to its original naturally aspirated configuration used in the German Touring Car Masters.

The P66/2 intermediate engine with forced induction was thus born and subjected to various tests on the bench as well as in racetrack simulations to improve performance and durability. The next order of business was to finalize the actual race engine, dubbed P66/3. It had to be adjusted to meet the requirements of the prototype’s Dallara chassis. BMW’s motorsport division also had to install the LMDh-spec exhaust system and oil tank. 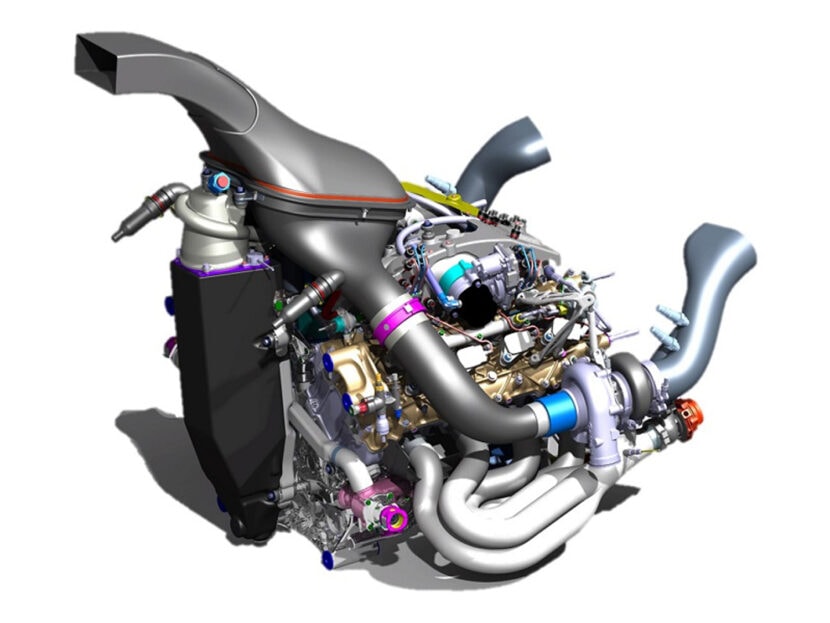 The P66/3 was fired up for the first time at the end of last month, about a year after BMW’s management formally approved the LMDh program. The company’s decision to go with the P66/1 unit ultimately came after the P48 four-cylinder from the M4 DTM (2019 and 2020) had some durability issues while the M8 GTE’s P63 was too heavy.

For the LMDh race car, the engineers not only had to develop a new combustion engine but also add the necessary hybrid hardware to meet the series’ regulations. Specifically, all prototypes will be fitted with an electric motor from Bosch, a battery pack developed by Williams Advanced Engineering, and an Xtrac transmission.

The new twin-turbo 4.0-liter V8 develops approximately 640 horsepower and 650 Newton-meters (478 pound-feet) of torque. BMW’s motorsport division plans a rollout in Italy at the Varano de Melegari Circuit late this month before embarking on a lengthy testing campaign ahead of January 2023 when it will enter its first race in Daytona.

The M Hybrid V8 will compete in next year’s 2023 IMSA WeatherTech SportsCar Championship, with a potential Le Mans entry in 2024.