BMW 230i Coupe — Getting Again to Fundamentals

BMW really isn’t the company it used to be. Yes, it still makes good sports cars and yes, it still makes brilliant engines. But BMWs of old were always about driving first and everything else second. Now, for better or worse, technology is above all else, driving is secondary. And you can feel that in almost every modern BMW. They all feel as if the driving experience is filtered through technology. Call that a sign of the times, or BMW’s greater hunger for profits, but either way it robs most enthusiasts of the fun they remember from BMW. There is one new non-M BMW that does sort of bring it all back, though–the BMW 230i.

I recently spent about a week and a half, time bisected by a week with an i4 M50, and during that time I really got the chance to know the 230i and I came away happier with the little four-cylinder version of the 2 Series than with the full-on M240i variant. Why? Because it brings BMW back to basics. Or at least as much as possible.

The BMW 230i is the entry-level 2 Series in the ‘States, packing a 2.0 liter turbocharged four-cylinder engine. It makes a healthy 255 horsepower and 295 lb-ft of torque which is plenty for the little 2er. It packs nowhere near the grunt of the M240i’s B58 turbocharged straight-six, nor does it make anywhere near as good a noise, but the little four-pot “B48” is a little firecracker of a motor. All of its power is in the low-to-mid rev range, which makes it super accessible, and it’s paired–as always–perfectly with the eight-speed ZF automatic. Would I prefer a manual? Of course but manuals aren’t available anymore, so no point in bitching about it.

In many ways, the BMW 230i is actually more enjoyable to drive than the M240i. For starters, its steering just feels that little bit better, uncorrupted by the extra weight of a six-cylinder engine and xDrive’s front driveshafts. There’s a lightness to the front end that feels more playful and more engaging than it does in the M240i. Admittedly, it isn’t dripping with feedback, nor does it have any at all for that matter, but the front end feels eager to turn in and understeer is kept to a minimum. The rear-drive layout also makes it feel more naturally, even through slow corners. 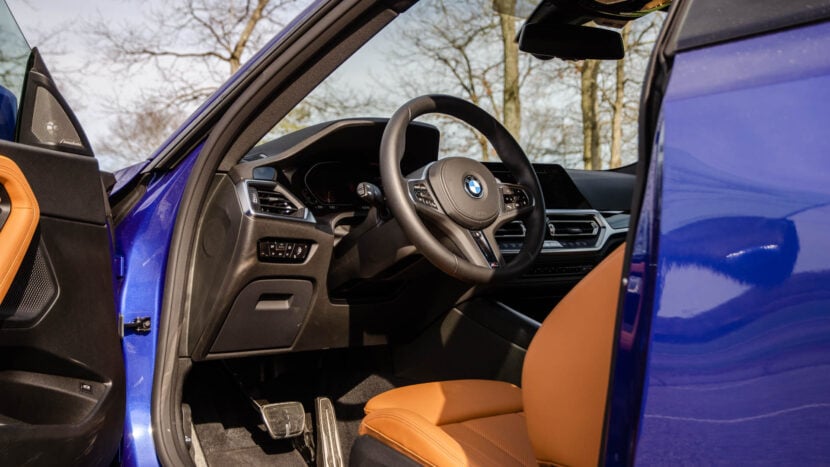 There’s also peace of mind in its modest power output. In the M240i, putting your foot down is fun but it’s also accompanied by the knowledge that the B58’s torque can–and often times will–cause the back end to step out. Which is sometimes fun but most of the time, while driving on public roads with other cars, can be a bit unnerving. In the 230i, you know you can use all of its power, most of the time, and never have to worry about it overwhelming the chassis or suspension. It’s an easy, confidence-inspiring car to drive, which actually reminds me of older BMWs.

Speaking of chassis and suspension, the BMW 230i and M240i feel identical on the road. Despite my 230i test car not having adaptive dampers, it felt just like the M240i in sport mode. The 230i lets bumps through but they’re never harsh and it maintains its composition well. There’s a bit of lean through long corners but lean is grip, so once the weigh transfers it actually feels fine. Once you get the 230i into a rhythm, it’s a really fun car to drive. 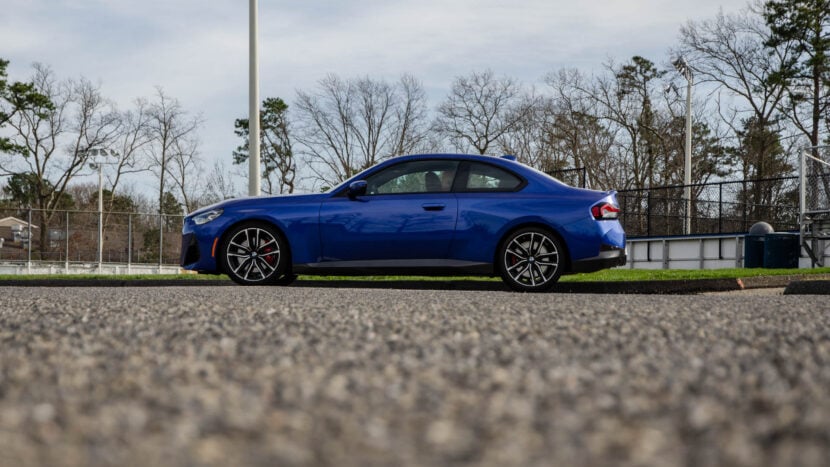 The rest of the car is identical to the M240i, too. Sitting inside, you’d almost never be able to tell the difference between the two. Which bodes well for 230i customers, who are getting the upscale cabin at a lower price point, but might disappoint M240i customers, who will notice that there’s not much of an interior upgrade that comes with the extra cost. In the less expensive car, though, that does make the cabin feel well worth the money.

Like all 2 Series models, the BMW 230i gets iDrive 7, which is still very good but, after using iDrive 8 in the BMW iX and i4, it feels a bit antiquated at this point. However, it’s the same basic tech as almost any other BMW, so there’s really not much to discuss there. I do like the fun little lighted screens in the door panels, which seem pointless but are kinda neat. 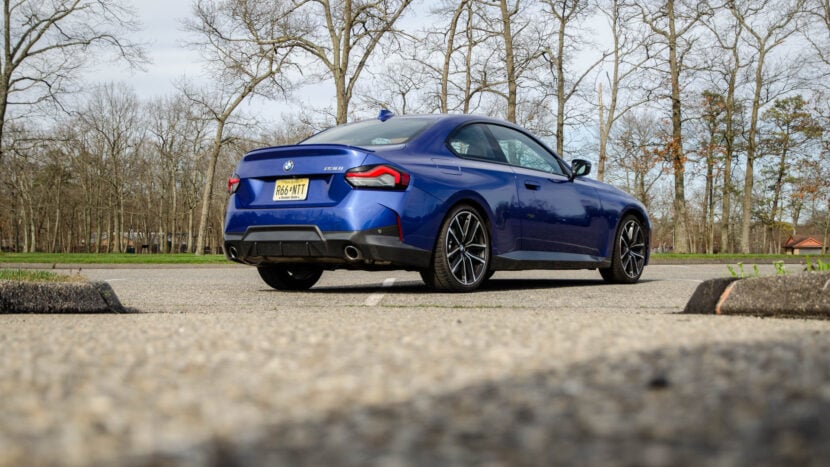 Is the BMW 230i worth buying and, if so, who’s it for? That’s an interesting question to answer because I think there are better sports coupes for the money and there are better luxury cars for the money but I don’t know if there’s anything on the market, at its $38,000 starting price point, that offers such a compelling combination of both.

However, I think the customer is a very specific one. It’s likely a relatively young person, probably in their thirties, that just got their first big promotion and now wants a nice car, but still wants something sporty. If you’re after a pure sports car, the Toyota GR86 blows the 230i’s premium doors off. And if you want something more luxurious, the BMW 330i or Genesis G70 are probably better. However, if you want something that sort of combines the two, it’s hard to pass up on the 230i. Plus, it’s the closest thing to an old-school BMW that you’re gonna get right now. So take advantage of it while you still can.

The BMW 230i is the most back-to-basics BMW as you’ll find today, so take advantage of it while it still exists.

Coinbase hiring pause for ‘foreseeable future’ and can respind gives