Love it or loathe it, the X7 LCI is BMW’s first model to hit the streets with the split headlight design. The 7 Series / i7 will follow shortly, and we could say the same thing about the XM. For the time being, these are the only models to have an unusual light arrangement. It’s not coming to the X5 and X6 facelifted models and spy shots have revealed the next-gen 5 Series won’t have it either.

Back to the stealthy vehicle at hand, it’s the new-for-2023 M60i that signals the gradual discontinuation of the M50i suffix. Herb Chambers BMW of Sudbury recently took delivery of the M Performance X7 finished in Black Sapphire Metallic with standard 21-inch wheels wrapped in the all-season run-flat tires. These come along with black brake calipers instead of the usual blue. At an additional cost, the fullsize SUV can be fitted with 22- or 23-inch alloys.

The boldly redesigned front fascia isn’t the only change made with the LCI as the X7 M60i also gets the M-esque mirror design. At the back, the LED taillights have a 3D effect and some nifty side graphics. The murdered-out look is made possible by ticking the box on the options list saying M Sport Professional Package. It encompasses the aforementioned black brake calipers and the Extended Shadowline Trim with various dark body accents and black chrome quad exhaust tips.

Stepping up to the X7 M60i also gets you an M-branded key with the new design inaugurated on the iX. We can also look under the hood where BMW has made a big change by transitioning from the old N63 engine to the new S68, also a twin-turbo 4.4-liter V8 but with 48V mild-hybrid technology. It continues to produce the same 523 horsepower and 553 pound-feet (750 Newton-meters). Those yearning for more can upgrade to the ALPINA XB7 with 613 hp and 590 lb-ft (800 Nm) from the same S68 engine.

On the passenger side of the dash, there’s now an illuminated M logo, which on the base xDrive40i is replaced by an X7. A more important update is BMW’s decision to get rid of the bulky lever of the automatic transmission in favor of a small gear selector we’ve also seen on the 3 Series LCI. This M60i has been built in the seven-seat spec, but you can order the luxobarge with a six-seat layout featuring captain’s chairs for the second row for an extra $850. 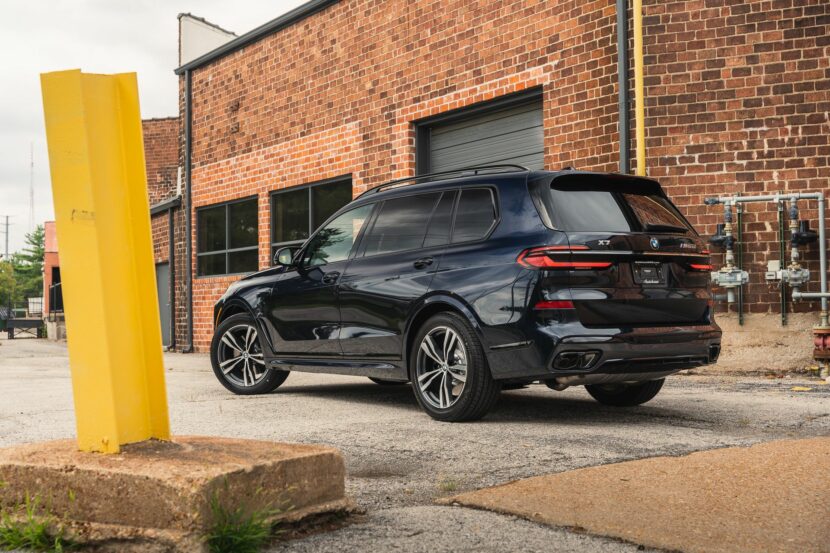 Speaking of pricing, the X7 M60i starts at $103,100 and you can quickly add $5,000 by opting for the Frozen Pure Gray Metallic Individual paint. Those 23-inch wheels we mentioned are an extra $1,300 and you can splurge an additional $2,700 for a fancy upholstery and another $1,080 for the interior trim – both from the Individual catalogue. Packages are also plentiful, along with individual options like the $3,400 Bowers & Wilkins Diamond Surround Sound System, $800 five-zone climate control, $650 glass accents, and the $200 M 50 Years emblems this car doesn’t have.

Safety Techniques for Householders on a Finances