BMW’s marketing team is working around the clock to promote the new X1 as it transitions to the third generation in more European markets. After posing for the camera to signal its arrival in France and the Czech Republic, the compact crossover has now officially landed in Italy where it has already accumulated 4,000 orders from early adopters.

A new photo gallery highlights one of the most expensive configurations of the X1. Shown here is the top diesel model – xDrive23d – in the M Sport Package specification while riding on 20-inch wheels (869i). It also happens to have a blacked-out kidney grille and an Individual paint, specifically the Frozen Pure Grey. These goodies alone increase the asking price to nearly €59,000 in Italy before any other extras the featured vehicle might have on the inside. 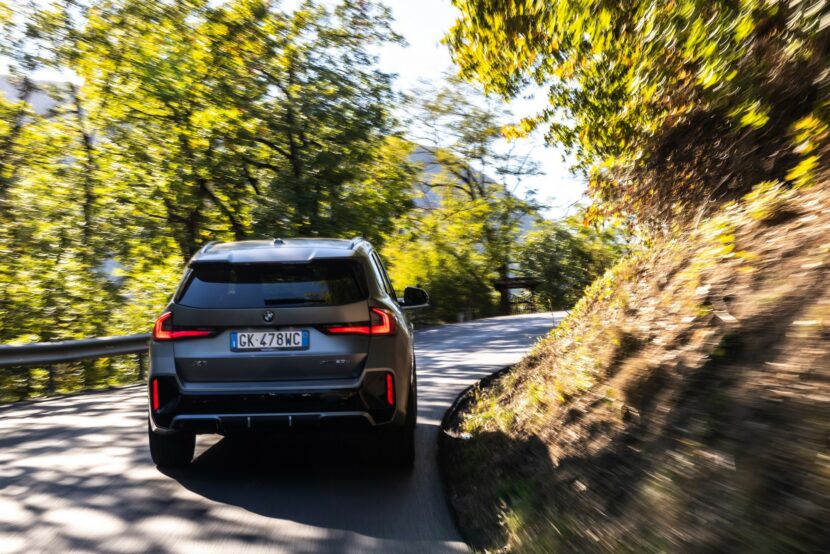 Some people might find it strange BMW decided to go with a diesel-fueled X1 for this photo gallery, but this type of engine remains popular in Europe. There are plenty of people who appreciate the excellent fuel economy a diesel engine provides, not to mention the generous amount of torque available from low rpms. In the case of the xDrive23d, the driver has access to the full 400 Nm (295 lb-ft) from only 1,500 rpm up to 2,750 rpm.

At the Regensburg plant in Germany where the 2023 X1 comes to life, BMW builds its smallest X model with a choice of six combustion engines, two plug-in hybrids, and the fully electric iX1. The entry point into the company’s crossover lineup has generated 2.7 million sales since its launch in 2009, with 124,300 units delivered to customers from Italy.

Additional derivatives of the X1 are programmed to arrive in 2023. One of them will definitely be an M Performance model carrying the M35i badge and quad exhaust tips. It’ll reportedly use an upgraded version of the B48 turbocharged 2.0-liter engine rumored to make as much as 315 horsepower. There could also be a cheaper iX1, supposedly an sDrive model with a single electric motor and front-wheel drive.

High Promotional Objects to Present in 2022