The sixth-generation M3 debuted as a 2021 model, and it’s a bit of a departure from the previous generations in terms of performance and styling. It marks the first generation of the M3 with available all-wheel drive, the first to receive a true automatic transmission (instead of a dual-clutch unit or sequential manual gearbox), and offers some seriously cool performance options, like high-bolstered carbon fiber bucket seats. For the 2023 BMW M3 models, a manual transmission is offered only in rear-wheel drive configurations and receives less power than its all-wheel drive brethren, but we suspect that won’t matter to die-hard manual enthusiasts.

The standard M3 has a six-speed manual transmission and a twin-turbocharged inline six-cylinder engine, internally designated as the S58. It generates 473 horsepower and 406 pound-feet of torque and can pull off a zero to 60 mph time of about four seconds. The competition trim bumps power up to 503 horsepower and 479 pound-feet of torque, a noticeable increase from the driver’s seat. Add xDrive all-wheel drive to drop that zero-to-sixty time to three and a half seconds or less. All xDrive-equipped M3 sedans are competition cars, and there’s no manual available for any competition trim vehicles. As expected, there are tons of performance options available for the BMW M3 – like carbon ceramic brakes and M Drive Professional, which features ten-stage traction control.

The 2023 BMW M3 is currently rated at 16 city and 23 highway MPG, for a combined figure of 19 MPG. That’s probably a fair representation of what you’ll achieve, but driving the M3 hard is where it shines and will quickly shrink those numbers. Its 15.6-gallon tank will allow for around 300 miles of range, more if it’s highway-heavy. 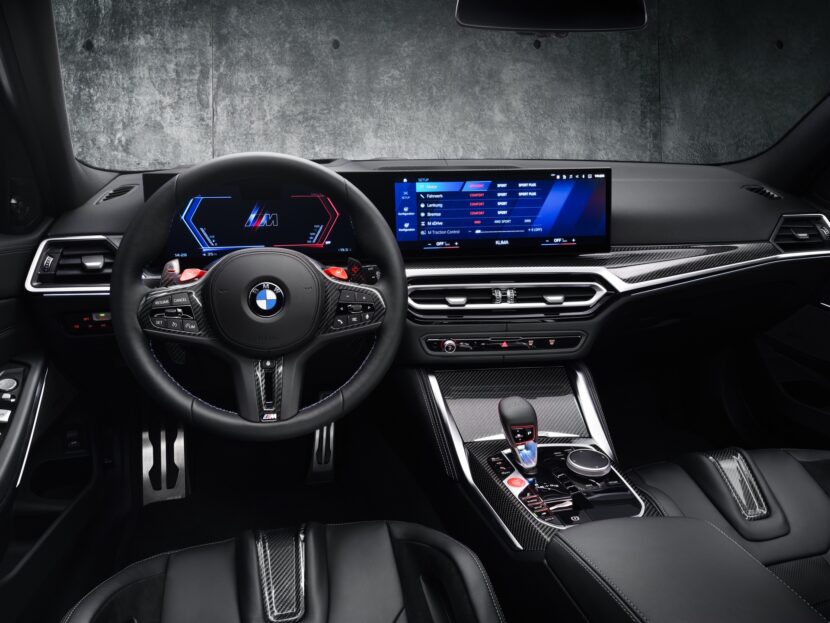 The cabin of the M3 is classic BMW – minimalist and practical, with premium materials. Extended Merino leather upholstery comes standard, and you can add a full leather package that adds leather on the lower half of the dashboard, door panels, and parts of the center console. A very pretty carbon fiber roof comes standard, but you can opt for a moonroof for no charge. As far as space goes, the M3 is a true-blue five-seater with 35.6 inches of rear leg room. A 13 cubic feet trunk has plenty of space for luggage or bags and the rear seats fold down for even more space. 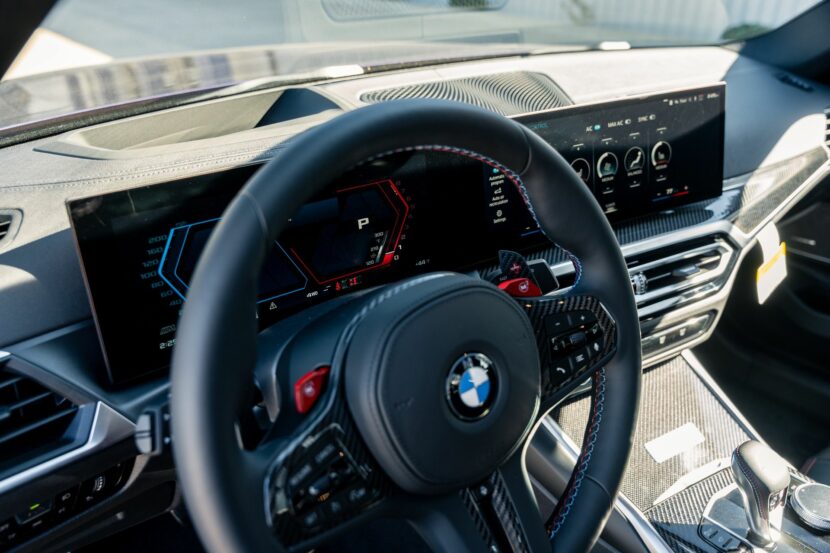 For 2022, the M3 receives iDrive 8, and a curved display lifted straight out of vehicles like the BMW i4 and iX. 2021 models are stuck with iDrive 7 and a 12.3-inch touchscreen, but that isn’t all that bad considering it retains physical climate control adjustments. Apple CarPlay and Android Auto are standard no matter which model year you’re looking for, and so are staples like navigation and MyBMW app integration. A configurable, fully digital gauge cluster comes standard. A heads-up display is not standard but comes with the value-packed Executive Package, which also adds remote engine start, a heated steering wheel, a power tailgate, and more. 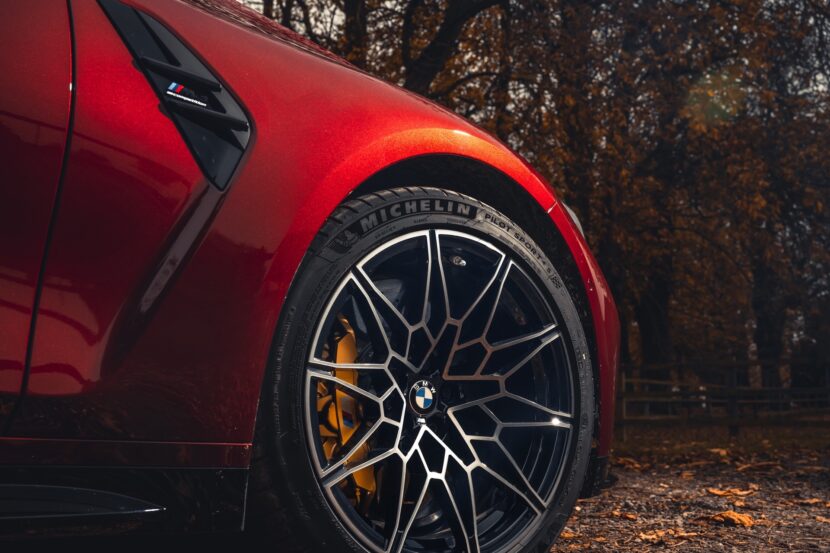 The base M3 (six-speed manual) starts at $74,300. The 2023 BMW M3 Competition starts at $78,600, and adding xDrive brings the base MSRP up to $82,600. Examples used are beginning to pop up but don’t expect to save a ton of money, as demand is still high. However, as this current generation ages, prices should start falling, and we’ll keep this page updated with the latest info.

The BMW M3 Model Year 2023 is available to order now. There are no major changes from the 2022 BMW M3 model, other than a new large curved display and the addition of iDrive 8.

Even though the M3 has yet to receive the facelift treatment, it does have a major novelty for 2023 by also switching to the Operating System 8. It comes as standard and pairs a 12.3-inch digital driver’s display with a 14.9-inch touchscreen for the infotainment.

Absolutely! Despite having a controversial exterior design, the G80 BMW M3 sedan is one of the best driving M cars in decades. Not only it brings an all-wheel drive system with over 500 horsepower, but it can also be ordered with a six-speed manual and rear-wheel drive.

Does the BMW M3 hold its value?

The value of a BMW M3 decreases over the years, similar to other BMWs and sportscars. Expect a BMW M3 sedan to hang on to 55-60 percent of its original value on average. The BMW M3 has a great branding name attached to it and a loyal following, so they will always be in demand.

South Koreans are the world’s greatest spenders on luxurious items

Wait earlier than buying and selling on firm earnings