2023 BMW i7 Stars In Eccentric Picture Shoot By Nick Knight

We honestly don’t know much about art, so we are lost for words after looking at these photos of a 2023 BMW i7. The full-size luxury sedan has been immortalized by British fashion photographer and artist Nick Knight to highlight the concept of forwardism. If the word doesn’t ring a bell, it’s an art term about embracing the future with excitement and joy.

What does that have to do with the i7? BMW sees its flagship EV as the future, available today. Well, in November when the car goes on sale, but you get the idea. Of all the 7 Series G70 models revealed so far by the German premium brand, the i7 xDrive60 has been getting the most attention. It’ll be the only zero-emissions version available upon launch, with an M70 slated to launch in 2023 packing a colossal 660 horsepower and over 1,000 Nm (737 lb-ft). 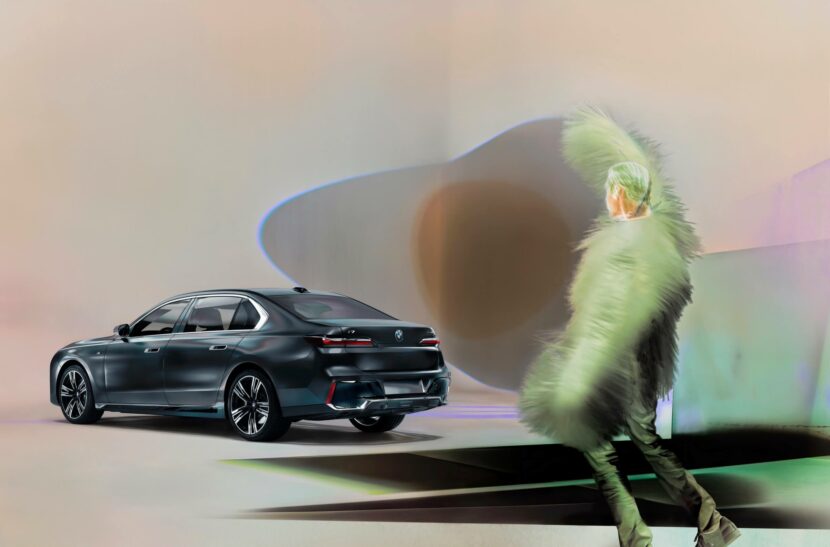 Nick Knight’s eccentric photo shoot is at the forefront of the model’s launch campaign to spread the word about the seventh generation of the range topper. The bold design of BMW’s first-ever i7 is quite fitting for the avant-garde approach of the artist’s work. We are being told the photographs look as though they’ve been “painted with light and take the viewer into a colorful world of new possibilities and emotions.

BMW goes as far as to say the i7 marks the beginning of a new era, although some would argue the Neue Klasse platform arriving in 2025 will represent the biggest leap in the adoption of EVs. Come 2023, BMW wants to bolster its zero-emissions portfolio by launching a fully electric version of the next-gen 5 Series as the i5.

Meanwhile, the i3 will live on in China where the moniker has been repurposed for a long-wheelbase 3 Series Sedan EV. Before the end of this year, BMW will unveil the next-gen X1, complete with a purely electric iX1 derivative to further bolster the “i” lineup.

The Pool Rework Course of: An Overview