BMW has been teasing its flagship for a while, but only the all-electric i7 pictured here. If you want the full-size sedan with an internal combustion engine, you have plenty to choose from. Respectable German publication Auto Motor und Sport claims to know about the luxury ship’s oily bits. Obviously, all 7 Series G70 engines will be fitted with a mild hybrid setup to reduce fuel consumption and emissions.

Even if the twelve-cylinder engine goes away with the M760i Final V12, that doesn’t mean the next 7 Series will lose performance. On the contrary, as AMS reports, there will be a 760i with 635 hp, coming from a 4.4-liter twin-turbo V8. It could very well be the rumored S68, which is also stepping into the production-ready XM plug-in hybrid SUV.

AMS says the same 545hp engine will come in a lesser condition for the 750i. The 7-series G70 in the 740i flavor is said to produce 375 hp, while the base model 735i will make do with 275 hp. These two lower-powered variants will have straight-six engines, similar to a 745e plug-in hybrid, which is rumored to produce around 400 hp. 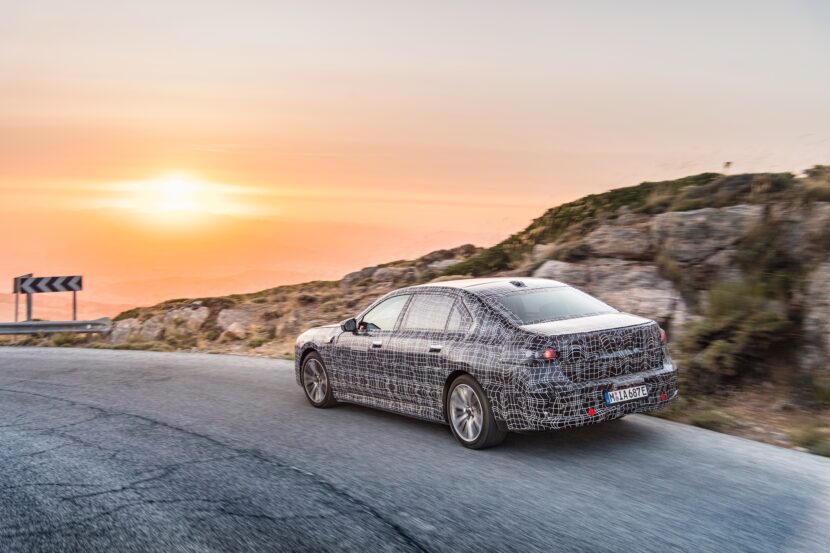 The BMW 7 Series G70 will have petrol, diesel, plug-in hybrid and electric powertrains

There’s no word on diesel engines, but BMW has confirmed that the 7 Series G70 will be offered with oil burners. In fact, the Bavarian brand recently said that a new family of diesel and petrol engines is coming. Logic tells us these powertrains will debut with the 7 Series before being carried over to other models in the years to come. The subsequent G70 models of the 7-series, which are likely to arrive further down the line, will reportedly have 500 to 650 hp.

In case you haven’t heard the gossip, the lineup could grow beyond the traditional standard- and long-wheelbase models. It is believed that around 2026 the 8 Series Gran Coupe will become a member of the 7 Series family to serve as a sleeker looking sedan. If that’s true, then the timing tells us it’ll happen with the mid-cycle facelift of the 7 Series G70.